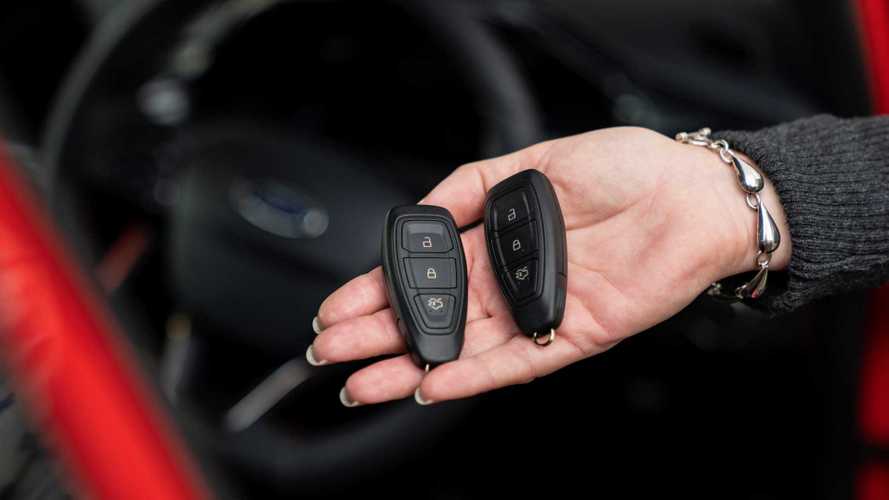 Britain's two best-selling cars can be fitted with the new tech.

Keyless car crime is an ongoing problem with new cars in the UK, and it's on the rise.

According to research conducted by the RAC using numbers supplied directly by police forces, car thefts in England and Wales have increased from 65,783 in 2013 to 85,688 in 2017.

Thieves can buy a device over the internet that allows them to intercept the signal between the key fob and car and generate an entry code that enables them to get inside the car and drive off – that is, if the security systems on the car aren't up to date with the latest technology to prevent exactly this kind of attack.

Luckily, the two best-selling cars in the UK, the Ford Fiesta and the Ford Focus have been equipped with new technology to combat thieves.

The key fobs for the car are fitted with a motion sensor which detect whether or not they have moved for 40 seconds – if they haven't, the key fobs are put into a 'sleep mode', meaning the fob won't interact with the sort of equipment criminals use to gain access to keyless-equipped cars when the keys are nearby.

"The online availability of devices which have no place in public hands has long been a problem for Ford, our industry and crime fighters," said Ford security specialist Simon Hurr. "We are pleased to respond with a simple but effective solution – swiftly implemented to help protect owners of our top-selling cars."

You don't even need to go out and buy a brand new Fiesta or Focus to benefit from this new technology either. If you already own the latest generation of either model, you can get replacement secure fobs for just £65 (for the Fiesta), £72 (for the Focus, plus labour costs.

"This is great news for car owners and the wider automotive industry," said Richard Billyeald, chief technical officer at Thatcham Research. "There is a known weakness in keyless entry systems, and we are pleased that Ford has come up with a simple and effective response on these big-selling models. We hope that other car makers will respond in a similar fashion."