Watchdog group calls out Mercedes over misleading 'built in US' ads 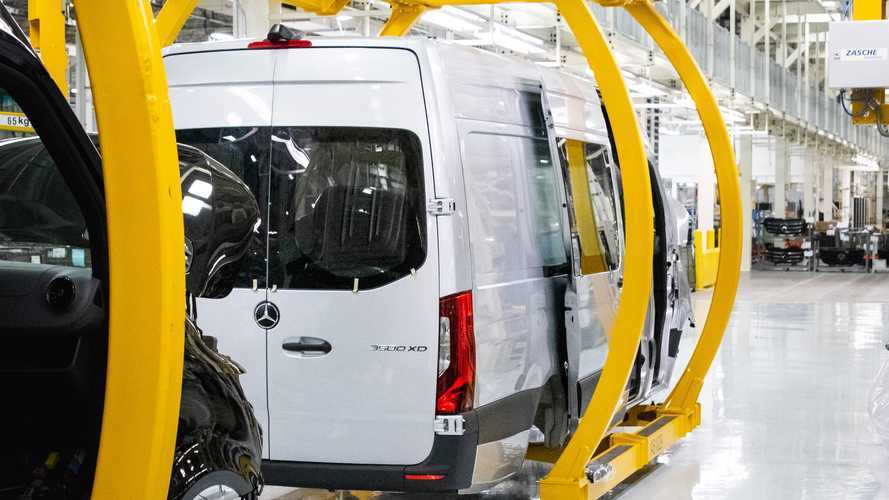 The automaker has a new Sprinter plant in South Carolina, but most vans currently for sale in America apparently come from Germany.

Mercedes-Benz caught the attention of Truth In Advertising (TINA.org), a non-profit watchdog group that keeps an eye out for questionable marketing tactics. In a recent report, the group alleges the German automaker made false claims about its Sprinter being built in the United States as part of a multi-million-dollar advertising campaign.

Learn about the Sprinter:

The controversy stems from a new Mercedes-Benz factory in South Carolina where Sprinters are built. Or assembled. Or made. That’s part of the problem – even the terminology here is subject to some hair-splitting interpretations, but the core issue from TINA.org is that the automaker’s advertising campaign labelling the van as built in the USA isn’t entirely accurate.

To back up its claim, TINA.org says it sampled “nearly 2,400 Sprinters” listed for sale at Mercedes dealerships in the United States. An analysis of the VINs for those vans showed that only 10 percent actually came from the automaker’s plant in South Carolina. Furthermore, TINA.org raises additional concerns over where the Sprinter’s parts come from, citing FTC claims that companies seeking a built or made in U.S.A status for products should also have a majority of its components built in the country.

It's all about the spin:

BMW i3 ad banned by watchdog for misleading consumers
⠀

In the report, TINA.org says it sent Mercedes-Benz a letter advising the company of these concerns and requested “immediate corrective action” to avoid escalating things further. TINA.org claims that Mercedes did make several changes to its advertising campaign as a result, and also sent the organisation a statement saying as much. Motor1.com reached out to Mercedes for confirmation of these actions and an official statement; a Mercedes-Benz spokesperson sent us this reply:

"MBUSA is modifying the current marketing campaign to focus on the jobs and capital invested in the United States. MBUSA is proud of its investments in the United States and has addressed the concerns raised by Truthinadvertising by modifying the content of some of its marketing material. As always, MBUSA desires to accurately describe its products and technology to its valued customers."

So, while Mercedes-Benz is technically assembling at least some U.S.-sold Sprinters at its new assembly plant in North Charleston, South Carolina, in the eyes of some it could be a bit too early to officially stamp it with a built in the U.S.A. brand.