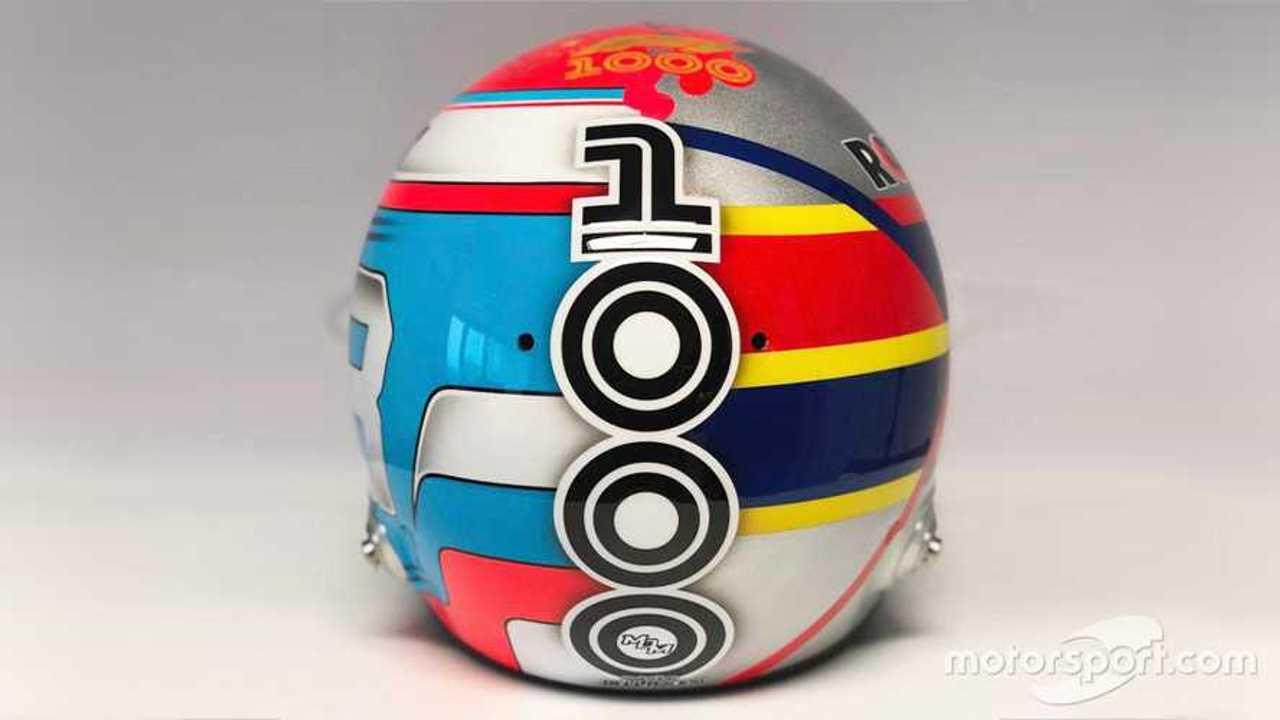 Montoya, a CART champion and two-time Indy 500 winner, drove for Williams for four of his five-and-a-half seasons in F1, scoring four victories and twice finishing third in the drivers' championship.

F1 drivers are required to use a consistent helmet design throughout the season, but are allowed a single change for one race in a given campaign.

However, with F1 billing the Chinese GP as the championship's 1000th race, drivers are granted a 'free' helmet livery change for the Shanghai weekend.

Russell, who is debuting in F1 this year, says his special design for China – featuring a split between Montoyta's colours and his own regular paint job – is inspired by the fact that he used a paint scheme similar to Montoya's in karting, after having copied the design from his brother.

“When I first started karting I copied the helmet of my brother when he was karting before, and it was inspired from the helmet of Montoya,” Russell explained when asked about the design by Motorsport.com.

“So I decided it would be pretty cool. As Montoya’s a Williams legend - he’s also one of my favourite F1 drivers of all time, just his character and the way he approached the racing, everything, he was a driver you would enjoy watching.

“So I thought it would be something nice to go half-half. I met him once, last year, hopefully he likes it.”

Fellow rookie Alexander Albon is another driver to opt for a retro-inspired design.

The Anglo-Thai racer is the second driver to fly the Thailand flag in grand prix racing, after Prince Bira took part in 19 world championship events in the 1950s, recording a best finish of fourth.

“I've got a Prince Bira tribute,” Albon said of his Chinese GP helmet design. “I thought it would be cool to kind of go back, and bring out some of the Thai history in Formula 1.

“I have a couple of photos, my number kind of in his style - cause he had the blue and yellow racing scheme - yeah, that's about it.”