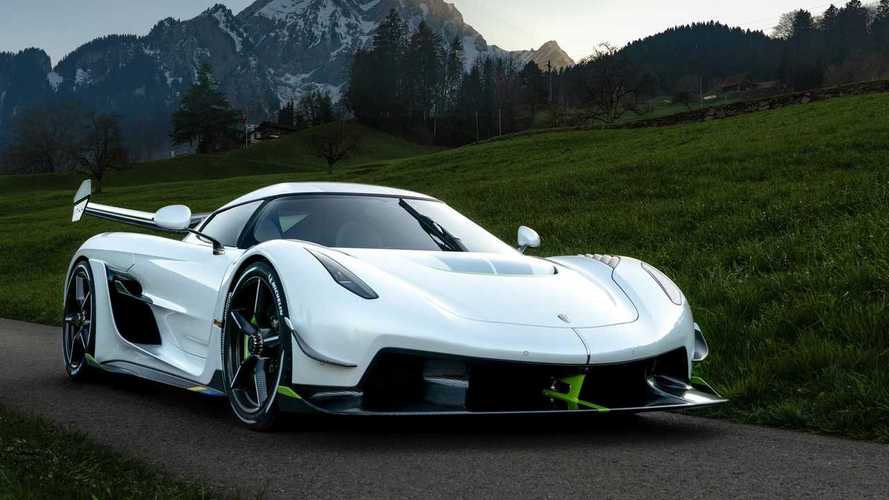 What looks better: the supercar or the landscape around it in these pics?

With its limited production run and stratospheric price, you might never see a Koenigsegg Jesko in the real world. Knowing that people love to see its creation, even if 99 percent of folks can't afford one, the Swedish hypercar now releases a new gallery of photos showing off the Jesko around the picturesque town of Lucerne, Switzerland. Check them out, below.

The new model's name comes from Jesko von Koenigsegg, father of company founder Christian von Koenigsegg, and it replaces the Agera RS in the automaker's lineup. Behind the driver, there's an updated version of the firm's 5.0-litre twin-turbo V8 that makes 1,280 bhp on petrol or 1,600 bhp on E85. To help make so much, the powerplant uses a patent-pending air-injection system that blasts 290.1 psi (20 bar) of air into the turbos for preventing lag.

The transmission has a novel multi-clutch, non-sequential nine-speed design. Unlike most DCTs that need to shift through each gear, Koenigsegg's design can skip cogs that aren't necessary. For example, it could go immediately from eighth to fifth without transitioning through seventh and sixth gear.

Koenigsegg pre-sold 83 examples of the Jesko before the model's public debut at the Geneva Motor Show. By the time the Swiss event was over, the company took reservations for the remaining 42 units of the 125-vehicle run.

Get up to speed on the Koenigsegg Jesko:

Koenigsegg Jesko sold out before the Geneva Motor Show ended

An even faster version is already on the way. The Koenigsegg Jesko 300 will allegedly be able to hit at least 300 miles per hour – hence its name. The company won't say when the model will arrive yet, though.