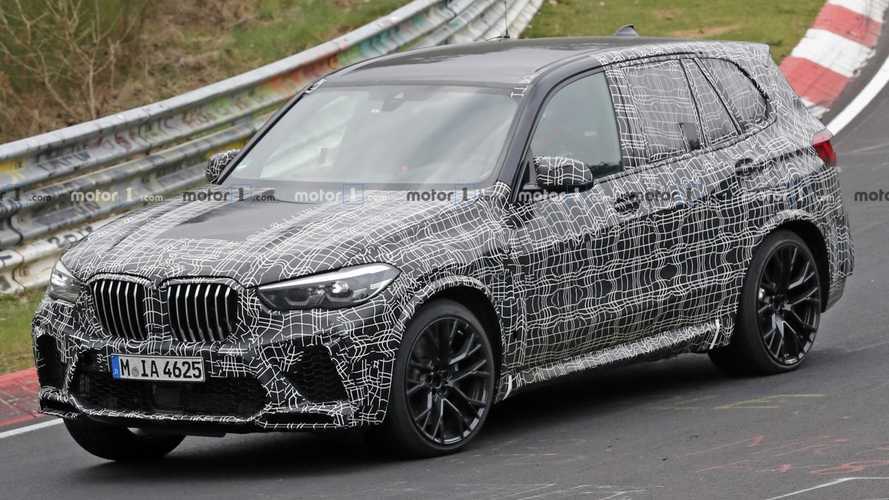 There's going to be an even hotter Competition version.

Coincidentally, the original BMW X5 M was revealed back on April 5, 2009 together with the sleeker X6 M. A decade later, the third generation of the high-performance SUV has been spotted at the Nürburgring looking pretty much ready to drop the camouflage and show off what seems to be the full production body.

The aggressive body isn’t the only clue leading us to believe the X5 M is inching closer to its world reveal as the prototype also had the M quad exhausts and large wheels shod in skinny tyres. The interior might not be the production-spec version since the centre console appears to be featuring a red emergency button in case something goes horribly wrong. Nevertheless, this is by far our best look at the beefy SUV, complete with huge brakes and an interesting roof-mounted rear spoiler.

At the heart of the new BMW X5 M will be the familiar twin-turbo 4.4-litre V8 engine hooked up as standard to an xDrive layout and an eight-speed automatic transmission – all adapted from the M5. It should offer just about the same power as the saloon, so expect somewhere in the region of 600 bhp and 553 lb-ft.

Should that not be enough to quench your thirst for power, BMW will also sell an amped-up X5 M Competition in the same vein as the M5 Competition. In the saloon, that ups the power ante to 617 bhp while sticking to the same amount of torque, but available in a broader rpm range. The Competition-spec M5 has some other upgrades we’ll likely see on the SUV as well, such as stiffer engine mounts, lowered suspension, updated dampers, and a stiffer sway bar. These mechanical tweaks are complemented on the M5 Competition by a minor visual upgrade.

The M SUVs are on their way: