Lexus really likes this bra, and here’s why 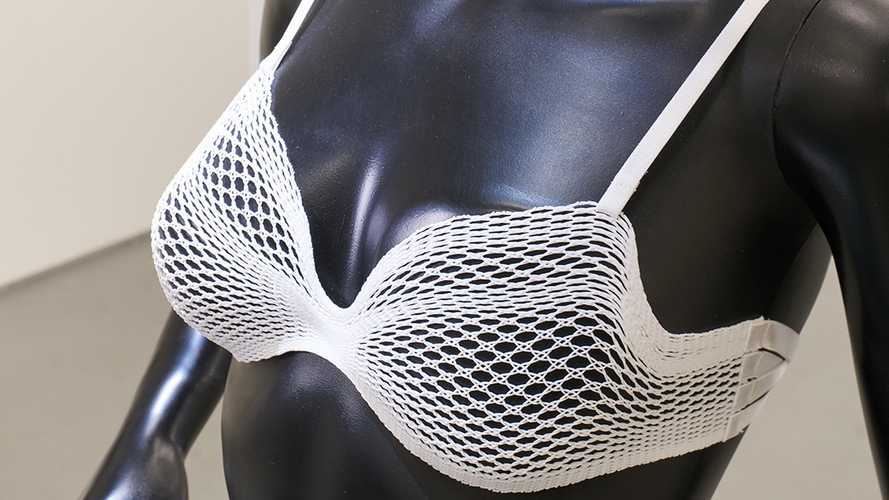 There’s more to it than you think.

At first glance, this bra appears to be nothing out of the ordinary. However, it’s highly advanced construction methods were remarkable enough for Lexus to select the product, called “algorithmic lace,” as the 2019 Lexus Design Award winner today during fashion week in Milan, Italy.

Using algorithms – something typically associated with mathematics and computers – in a textile application, Lisa Marks, the product’s designer, constructed the garment with a very specific group of people in mind.

With the aide of advanced 3D modelling, the complex lace patterns are used to create bespoke bras for cancer survivors who received mastectomy surgery as part of their treatment. According to Lexus, The method forms a bra that “positively impacts the survivor’s body aesthetic, while also providing fully customised structural support.”

In an interview with coolhunting.com, Marks shared that one out of every eight women will face invasive breast cancer, many of whom elect to have reconstructive surgery after seeking treatment. Algorithmic lace functions as an alternative to reconstruction and implants, with its three-dimensional construction. As part of its creative design, the bra avoids potentially sensitive areas of a post-mastectomy patient but highlights their shape, rather than hiding it.

Now in its seventh year, the Lexus Design Award is the brand’s way or recognising the world’s top designers with products that will “shape a brighter future.” Starting with over 1,500 entrants from 68 countries, Algorithmic Lace, and its designer Lisa Marks stood as the final contender winning the award. The six finalist ideas will be on display at an exhibit in Milan, where the award was presented.