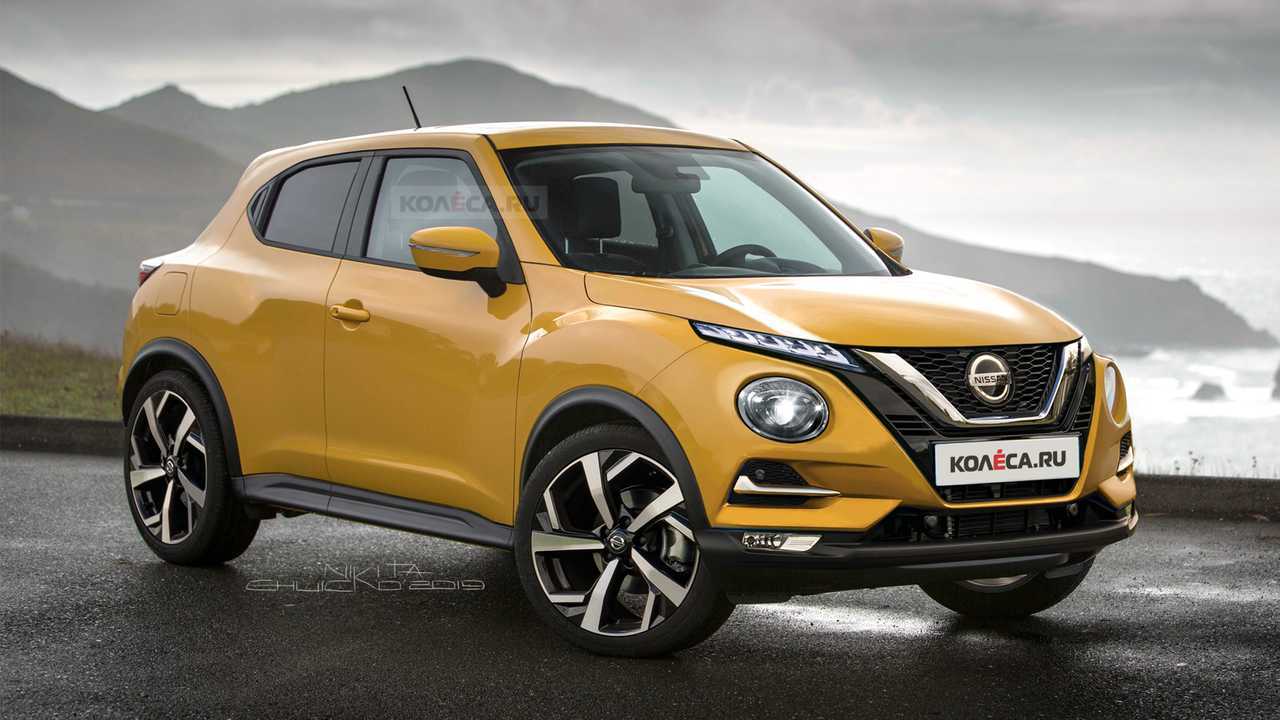 The Juke and its quirkiness are not going anywhere.

Nissan is actively testing the next-generation Juke crossover which will be sold from next year exclusively on the Old Continent. We’ve seen prototypes testing on public roads but these are still wearing a lot of camouflage. Thanks to our colleagues from Kolesa.ru, we now have the chance to take a camo-free look at the 2020 Juke in new professional renderings.

The first spy shots with the crossover and this rendering make us believe the new model will take the evolutionary path rather than the revolutionary. The quirky exterior styling will make its way to the new Juke but will be combined with significantly refined lines at the back and up front. This virtual drawing predicts the fascia will continue to feature three rows of lights and this is something we expect as well.

The shape and size of the radiator grille will be considerably larger than on the current Juke and, in our eyes, it fits the overall look perfectly. The headlights integrated into the upper part of the fascia, as well as the round lamps below, all feature LED technology. There’s also a pair of fog lamps which might use light emitting diodes as well.

Given the Juke’s planned launch in Europe, we expect Renault Nissan’s 1.5-litre dCi engine to become the most popular choice among customers. With the declining demand for diesel-powered models though, a compact hybrid powertrain could steal a good portion of the orders.

Nissan’s original plan was to launch the new Juke this fall but, eventually, the funky crossover will arrive in the last weeks of 2019 or early next year. The model will be based on the CMF-B platform, which also underpins a number of other high-riding models from the Alliance, including the Nissan Qashqai, Nissan X-Trail, Renault Kadjar, and Renault Koleos.

As a final note, expect to see a concept previewing the production version in the next few months. Production of the second-generation Juke should take place at Nissan’s Sunderland factory in the north of England.