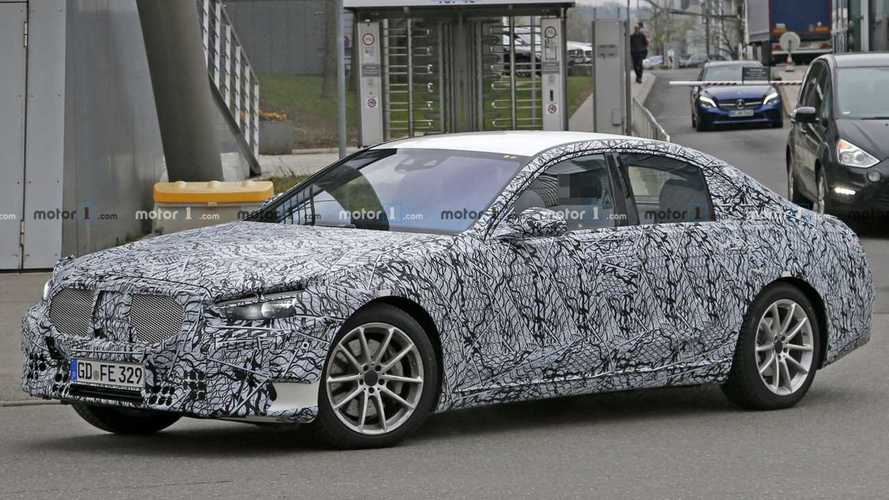 The revamped Mercedes flagship was caught with less camouflage than ever before.

We’ve been spying on the new S-Class for a while now, but this is by far our best look yet as Mercedes was kind enough to remove some of the annoying disguise. Even though it’s still wearing a lot of makeup all over its stately saloon shape, we can clearly see for the first time the electrically operated flush door handles lending the flagship a sleeker profile.

It’s worth mentioning pop-out handles are not exactly a novelty since several other cars on sale today have them already, including models from Tesla, Aston Martin, Jaguar, Lexus, and even Hyundai with the Nexo. In fact, these have been around for decades, with the Subaru XT from the 1980s being just one example and the even older Chevy Corvette C3 also popping into our heads.

Beyond the recessed door handles, the next-generation Mercedes S-Class (W223) is also revealing a good chunk of the headlight design. It comes as no surprise the front lights are similar to those of recent Mercedes models such as the CLS and the smaller CLA, but we’re expecting some new tech as it would be appropriate for a flagship. After all, the Maybach S-Class has been fitted with something called “digital light” that can project light scribbles on the road. The advanced system might not be ready for production just yet, but you can rest assured the new S will be a technological marvel in every respect.

There’s not much to see at the back where the disguise gets in the way, although the taillights appear to be extending onto the boot lid, which itself might have a wider opening to facilitate easier loading and unloading of cargo. We regret to inform you those exhaust finishers are just for décor since they aren’t connected to the actual exhaust pipe, which upon a closer inspection sits underneath the bumper on the driver’s side.

A previous batch of spy shots allowed us to take a peek inside the completely transformed interior with a new dashboard design dominated by a Tesla-esque touchscreen featuring a portrait orientation. It was accompanied by a large digital instrument cluster and not that many traditional controls. That obviously wasn’t a production-ready prototype, so expect the final S-Class to look considerably more refined.

Mercedes will assemble the next S-Class at a brand new factory in Sindelfingen, Germany from next year and will likely have the car on sale in the United States as a 2021MY.

The new S is getting ready to fight the A8 and 7er: