Autonomous cars could be worth £62bn to UK economy, report says 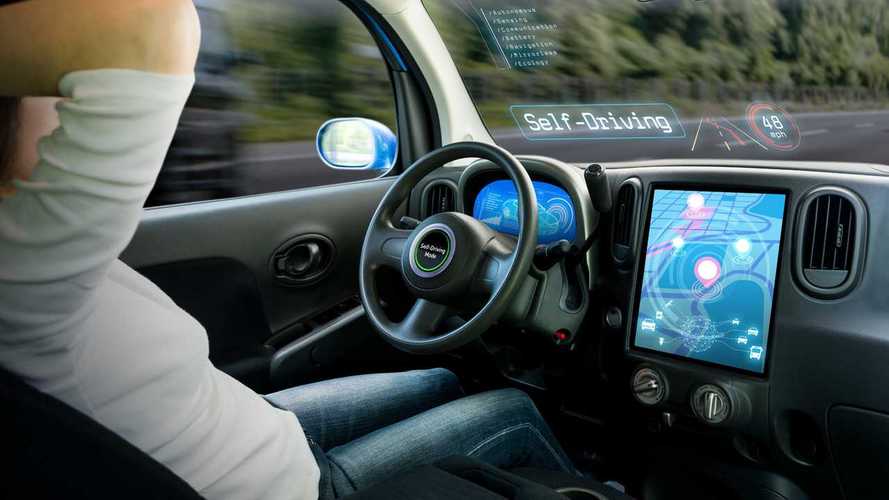 The UK is in “pole position” to capitalise on the £62 billion economic opportunity provided by autonomous and connected vehicles - but only if the country gets a favourable Brexit deal.

That’s the conclusion of a report by the Society of Motor Manufacturers and Traders (SMMT) and market research company Frost and Sullivan. The two organisations joined forces to look into the societal and economic benefits of the high-tech vehicles, as well as the UK’s position relative to other countries.

According to the study, the uptake of self-driving cars and vehicles connected to the internet of things could not only offer more than £60 billion in economic growth, but also contribute to the creation of around 420,000 new jobs and saving roughly 3,900 lives by 2030.

And the report says the UK is in a strong position, having already invested more than £500 million in the research and development of connected and autonomous vehicles, plus the creation of a range of rules and regulations preparing the country for vehicle testing and road use.

But the report’s authors claim these opportunities come with a serious caveat: the conditions “must be right”. Among the recommendations, which include continued updating of road traffic laws and improving the country’s 4G networks, is the stipulation that the UK’s divorce from the European Union must be “orderly” to ensure investment and that the new vehicles can work across borders.

Sarwant Singh, a senior partner and head of mobility, at Frost & Sullivan, said the UK had all the ingredients necessary to lead the charge towards driverless vehicles.

“The UK already has the essential building blocks – forward thinking legislation, advanced technology infrastructure, a highly skilled labour force, and a tech savvy customer base – to spearhead CAV deployment over the next decade," he said. "However, it will require sustained and coordinated efforts by all key stakeholders, especially the government, to realise the significant annual economic benefits forecast for the UK from CAV deployment by 2030 and drive the vision of safe, convenient and accessible mobility for all.”

Mike Hawes, the chief executive of the SMMT, said the country needed to sort out a Brexit deal to make the most of the opportunities available.

“A transport revolution stands before us as we move to self-driving cars and the UK is in pole position in this £62 billion race," he said. "Government and industry have already invested millions to lay the foundations, and the opportunities are dramatic – new jobs, economic growth and improvements across society.

"The UK’s potential is clear. We are ahead of many rival nations but to realise these benefits we must move fast. Brexit has undermined our global reputation for political stability and it continues to devour valuable time and investment. We need the deadlock broken with ‘no deal’ categorically ruled out and a future relationship agreed that reflects the integrated nature of our industry and delivers frictionless trade.”