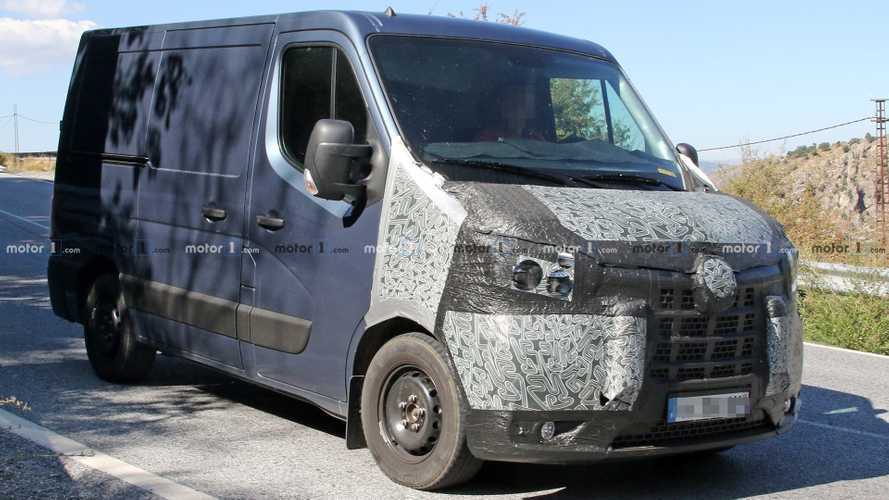 The Renault Master is the French brand's big commercial van that is closely related to the Nissan NV400. The company now prepares to give the hauler an update – its first since 2014.

The biggest visual updates are to the front end. Compared to the current model, the updated Master appears to have a taller, skinnier grille. Vertical bumperettes protect the new layout. The headlights are now boxy and no longer follow the line of the front wings. The bonnet seems flatter, too.

The changes are not revolutionary, but the tweaks, especially the new headlights, make sure the Master better matches the look of modern Renaults.

There are no visible changes elsewhere. Although, a van's boxy design doesn't offer many opportunities to extravagent styling tweaks because the boxy shape is necessary for maximizing interior cargo space.

A few of the images provide a glimpse inside the cabin. There's cloth hiding the dashboard, which is evidence of possible changes to the layout there.

There are no details about powertrain changes yet. The thoroughly revised front end might be a good opportunity for Renault to make some engine tweaks. A plug-in hybrid variant could be among the upgrades at some point. Commercial van customers value efficiency to keep fuel prices down but need to balance this need with the power to haul their cargo.

As with the current Master, Renault would offer the Master in a variety of body styles, including various lengths and roof heights. There's even a chassis cab variant for companies that need to fully customize the rear end.