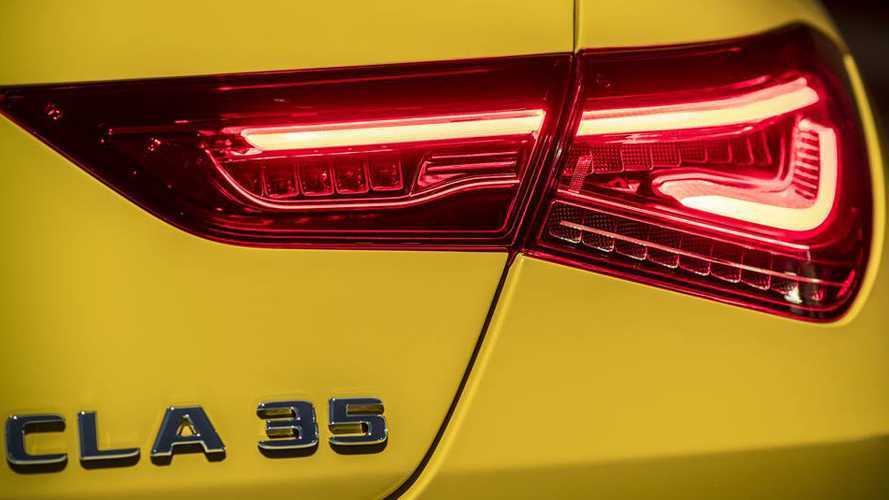 It should be "stunning from every angle."

Mercedes-Benz is kicking off the teasing game for the new CLA 35 sporty saloon. The German automaker has released the first teaser image with the car on its official Facebook page hinting a debut could come in the next few months.

“Stunning from every angle. The new Mercedes-AMG CLA 35 4MATIC. More to come.”

This is literally everything Mercedes has to say about the new saloon so far. Thankfully, we know a great deal about the technical specifications of the car which will have a 2.0-litre turbocharged engine under the bonnet. According to preliminary details, it will be good for 302 bhp and 295 pound-feet.

See the CLA 35 out testing on public roads:

The four-cylinder unit will be mated to a seven-speed dual-clutch automatic gearbox and – as this teaser also confirms – a 4Matic all-wheel-drive system. If this setup sounds familiar to you, it’s because it’s already available for the A-Class hatchback here in the UK. The pocket rocket needs just 4.7 seconds to reach 62 miles per hour from a standstill, so look for similar numbers in the CLA.

Once the CLA 35 debuts, it will become the most powerful member of the new CLA family until the CLA 45 model arrives. The latter will also use a 2.0-litre engine with over 400 bhp and an S variant is believed to be the absolute flagship with even more oomph.

This first teaser image with the upcoming Mercedes-AMG CLA 35 probably means the premiere of the performance saloon will happen relatively soon. The New York Auto Show later this month looks like a possible venue for the debut but we’ll have to wait for more details and an official confirmation.