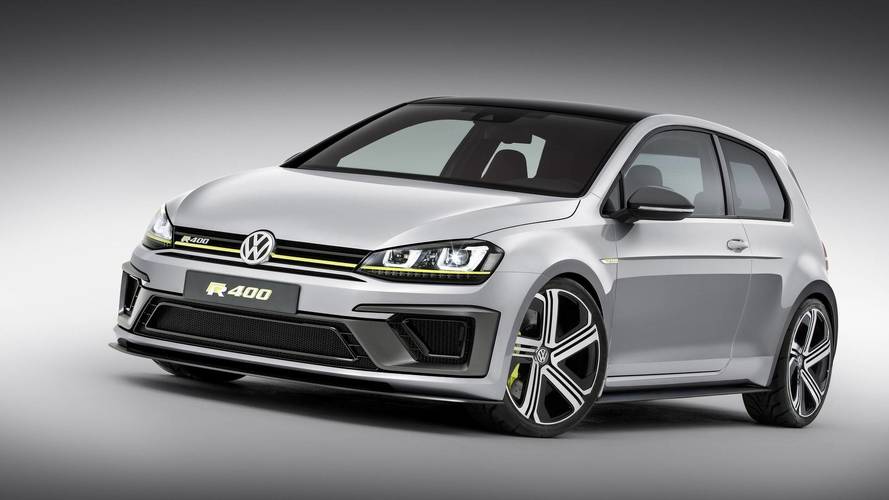 The new Mercedes-AMG A45 S will have even more power.

It was only about a month ago when Volkswagen revealed the reasons why it didn’t put the Golf R400 into production and now a new juicy rumour claims something similar in spirit is being developed for the eighth generation of the compact hatchback. The R400 was rejected because it would’ve been too expensive to buy and maintain, but now Autocar says a Golf R Plus is in the works with close to 400 bhp and a price similar to that of the Audi RS3 Sportback.

The new Golf R is not that far away:

Although not green-lighted just yet, the model in question has the support of VW’s boss Herbert Diess. Not only that, but a styling proposal has already been completed and the plan is to make it a lot more aggressive than the standard Golf R. The go-faster version is expected to have anywhere between 380 to 400 bhp from a turbocharged 2.0-litre petrol engine developed by Audi. In the base Golf R, the four-cylinder TSI unit will be good for somewhere in the region of 320 bhp.

In charge of sending all that power to a newly developed 4Motion all-wheel-drive system will be a dual-clutch, seven-speed automatic transmission offered as standard, so don’t hold your breath for a manual. Performance levels should mirror those of the ill-fated R400, which needed only 3.9 seconds to reach 62 mph and topped out at 174 mph.

The AWD hot hatchback in regular guise is going to be offered strictly as a five-door model once it will go on sale in 2020, with the meaner Plus version in the same body style coming later in the life cycle provided it will be approved for production.

Even if it will get the full 400 bhp, it will still be down on power compared to the upcoming Mercedes-AMG A45, which in its highest state of tune will have a monstrous 416 bhp. It goes to show the horsepower wars are far from being over, and we’re expecting great things from the next five-cylinder Audi RS3 as well.