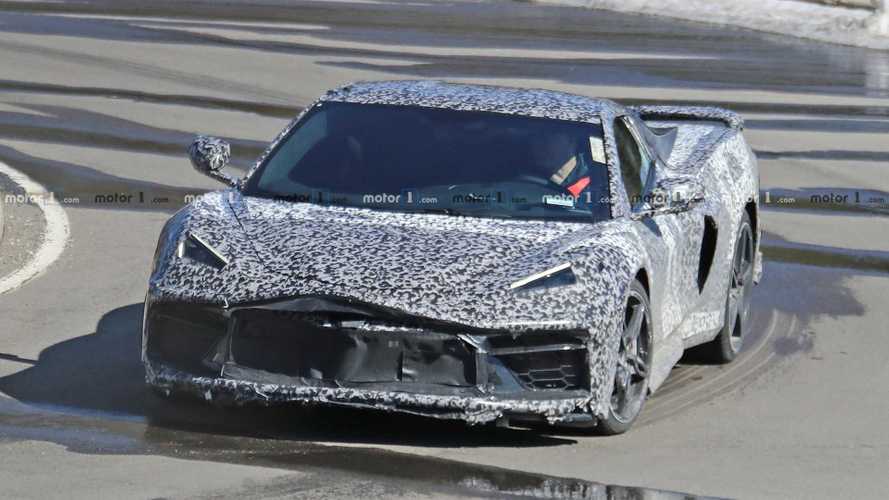 Speculation is running rampant about the new Corvette.

A recent leak of info about the mid-engined Chevrolet Corvette included the detail that the much-anticipated model packed an eight-speed dual-clutch automatic gearbox. Now, sleuthing from Road & Track hints that the transmission might come from the supplier ZF and could share a lineage with the DCT in the Porsche 918 Spyder.

Assuming the earlier leak is accurate about the model using an eight-speed dual-clutch, then there aren't many options about what the Corvette could use. GM would either need to develop the part in-house or source the transmission from a supplier. It just so happens that ZF has one readily available that could be the ideal choice.

The ZF 8DT is already in models like the Bentley Continental and Porsche Panamera. Plus, the transmission can support hybrid electrification, which is reportedly under consideration for a version of the C8 Corvette.

The earlier, seven-speed ZF 7DT was the gearbox in the Porsche 918. Road & Track notes the visual similarities between this transmission and the one visible in CAD renders purportedly showing the new Corvette's powertrain.

Before the latest leak, there was speculation that the 'Vette might have used a Tremec-sourced dual-clutch seven-speed gearbox. This potentially would have meant the Bowtie's sports car would have shared a transmission with the new Ford Mustang GT500.

All the speculation about the new Corvette should end in a few months because we expect the model to debut at a dedicated event this summer.