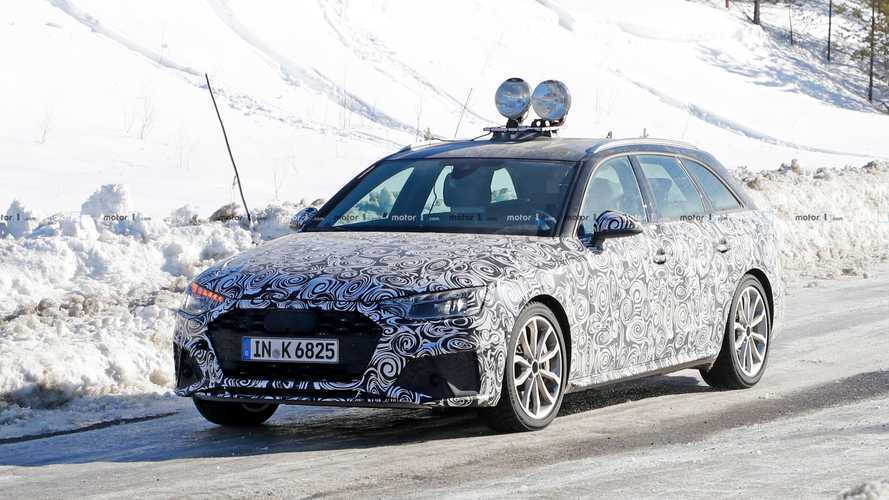 Spied during cold-weather testing in Sweden, we dissect these photos of a camouflaged Audi S4 Avant.

A source has supplied Motor1 with spy shots of the upcoming Audi S4. Positioned between the A4 and the RS4, we've always like the S4 as something of an achievable dream...if we traded in our freelance writing gigs for a steady desk job. Fat chance of that happening.

Still, we appreciate the S4 for the same reason we love cars like the Subaru WRX or the Mustang GT – you don't have to spend the big bucks on the top-spec performance model to have big fun. Spied during the last days of winter testing in Sweden, we're assuming that the engineers allowed themselves a bit of fun once most of the snow melted. Thankfully, our spy photographer was there to capture it.

Audi A4 Avant facelift caught on video strutting its stuff

What makes these photos even better is the fact that this is an S4 Avant, the estate version. All of the memes about auto journalists going nuts over estates are true –we love 'em, and this one is no exception to that rule.

Like most Audi models, the changes are evolutionary, not revolutionary. Perhaps better than anyone else, Audi toes the line between conservative and cutting-edge with their designs. This S4 Avant appears no different, with the facelifted car appearing similar enough to the current car, but sharper all over.

The grille, headlights, and fog light housings are where we notice the most changes on the heavily camouflaged test car. Both the headlights and the fog light housings appear slightly larger. The grille opening is roughly the same size, but the shape of Audi's traditional "lopsided hexagon" grille (we're not making fun of it; that's just the best way we can think of to describe it) seems to be crisper, with sharper corners and narrower angles.

Currently, the Audi S4 is powered by a 3.0-litre turbocharged V6 making 354 bhp and 369 lb/ft of torque. We expect that to remain, although picking up a few extra horsepower with the mid-cycle refresh thanks to revised tuning would be more than welcome.