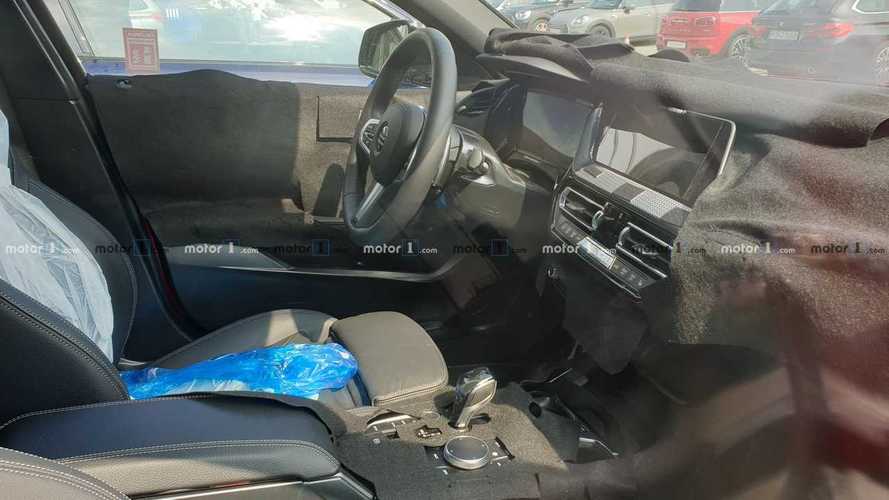 New spy shots allow us to take a good look inside the cabin.

As we are inching closer to its world reveal, more and more prototypes of the next-gen BMW 1 Series (F40) are appearing in front of the spy camera. This time around, the story is a bit different as the following batch of images does not come from one of our professional spy photographers, but from a Motor1.com reader that happened to see this prototype in Munich.

He was kind enough to take a few shots of the disguised BMW and send them over for everyone to enjoy. Not only does it have the full production body and lights, but the posh hatchback also appears to have the final interior with all the bits and pieces. We could very well be looking at the hotter M135i judging by the blue brake callipers and 18-inch alloy wheels. The dual exhausts could also be clues, much like what we believe are some generous air intakes in the front bumper.

Inside, the sporty seats with generous lateral support and the M badge hiding at the base of the steering wheel hint at the car’s sporty traits, while the completely black instrument cluster reveals it’s an all-digital setup. The design of the dashboard and centre console looks familiar as it doesn’t stray away too far from the new 3 Series, which isn’t really all that surprising.

Roomier than the model it replaces, the new BMW 1 Series will also have a bigger boot thanks to the controversial switch from a rear-wheel-drive platform to the new FWD-based FAAR architecture. This major change will shave off an average of 20 kilograms spec for spec, but you won’t be able to get a new six-cylinder version as the M140i is not coming back.

The baby BMW is almost here:

Instead, the range will top out with the M135i xDrive equipped with BMW’s most powerful four-cylinder engine to date. Shared with the X2 M35i, the 2.0-litre will push out a healthy 302 bhp and an unspecified amount of torque, although it could be the same 332 pound-feet like in the crossover.

Due to be unveiled later this year, the new 1 Series will join other front-wheel-drive BMWs such as the 2 Series Active Tourer and Gran Tourer MPVs, the 1 Series Saloon (sold in China and Mexico), and the X1 and X2 crossovers. Another one is due towards the end of the year, with the 2 Series Gran Coupe set for a Los Angeles Auto Show debut in November.

Special thanks go to Ed for sending us the spy shots!