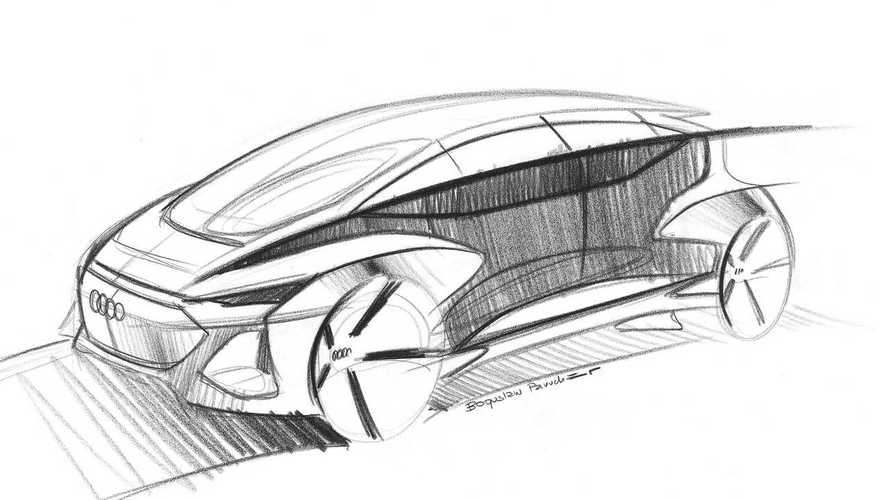 The last impressive concept Audi revealed was the Q4 E-Tron electric crossover which made its public debut at the Geneva Motor Show last month. While it looked almost production ready (and will actually reach the assembly lines in 2020 or 2021), the company’s new study is far from being destined for production. It’s called the AI:me and is scheduled to be revealed during the Shanghai Motor Show on April 15.

That’s clearly not what you’d call a typical Audi. The concept, at least from what we are able to see so far from the first drawings, takes the shape of a compact people hauler with sloped roofline at the front and a more angular approach at the back. At this point, we can’t tell the exact seating configuration of the cabin, but the vehicle appears to be able to accommodate four passengers.

“Audi AI:me is the name of a new design study that the brand with the four rings will be presenting at the Shanghai Motor Show on April 15, 2019. The showcar illustrates the vision of an automated driving compact car for the megacities of tomorrow,” the automaker’s official press release says.

The single design sketch of the interior reveals an interesting layout of the dashboard with a massive screen behind the steering wheel and wood trim panels. Given the study’s self-driving nature, expect the steering column to be retractable.

As the name suggests, the vehicle will probably be demonstrating Audi’s latest artificial intelligence developments and autonomous technologies. We’ll know more on April 15 when the Shanghai Motor Show starts so stay tuned.