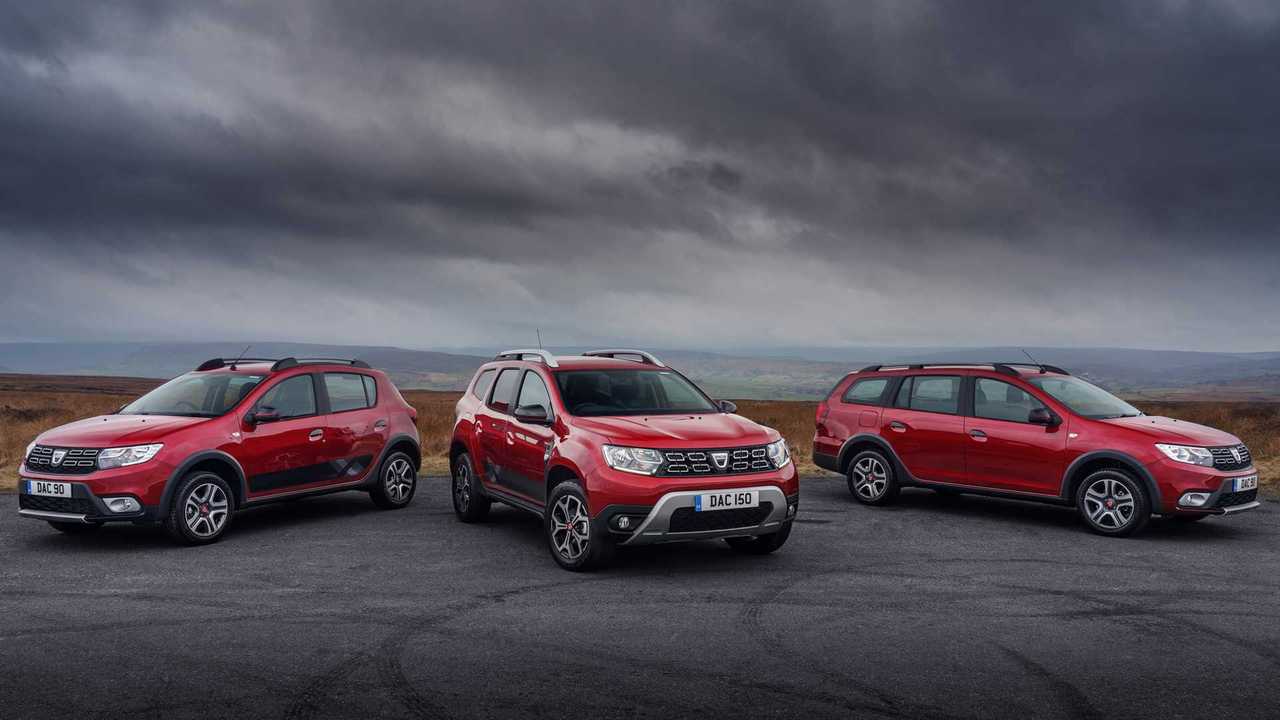 Dacia’s new top-of-the-range, limited-edition versions of its rugged-looking Sandero Stepway, Logan MCV Stepway and Duster models have gone on sale in the UK.

The Techroad variants, which were revealed at last month’s Geneva Motor Show, are designed to offer added style and equipment without breaking the bank. Indeed, the cheapest model - the Sandero Stepway Techroad - comes in at just £660 more than the equivalent Comfort-spec version.

Each of the new models comes with a special grey-and-red motif on the flanks and red detailing on the door mirror caps, as well as red centre caps on the wheels. Special Techroad badging is also included, and the cars come in a choice of two paint colours: Fusion Red and Highland Grey.

Inside, all three cars get grey-and-red stitching on the seats, while the fabric is also adorned with either the ‘Stepway’ or ‘Duster’ moniker, depending on the model. There’s red detailing everywhere, too, including on the air vents, the gear lever and floor mats. There are even flashes of red on the door handles.

All that is included in the Sandero Stepway Techroad’s £11,660 price, alongside the satellite navigation, rear parking sensors and cruise control system that comes as standard on the previously range-topping Comfort model. Just one engine is available, however, and it’s the 89 bhp TCe 90 petrol unit already seen in the standard Sandero. In the newcomer, it returns between 42.2 and 45.6 mpg on the official economy test, while emitting carbon dioxide at a rate of 127 grams per kilometre. The 0-62 mph dash, meanwhile, takes a little over 11 seconds, and the top speed is 104 mph.

Opt for the Logan Stepway estate, meanwhile, and you’ll get all the same equipment, plus an extra engine to choose from. Your £13,160 starting price buys the basic TCe 90 petrol engine which provides similar economy to the Sandero, but you can also spend an extra £1,600 on a slightly more powerful diesel engine. With 94 bhp, the Blue dCi 95 is barely faster than its petrol-powered stablemate, but it does manage around 60 mpg on the fuel economy test.

There’s even more choice in the Duster range, though. Prices start at £16,360, and you get a similar range of accoutrements to the Sandero and Logan Techroad models. However, the engine range is completely different. As standard, the Duster Techroad comes with a 128 bhp petrol engine that drives the front wheels, but customers will get the option to upgrade to a 148 bhp petrol engine or a 113 bhp diesel - a move that also unlocks the choice of front- or four-wheel drive.

All three models are on sale now, with the first customer deliveries expected before the end of the month.