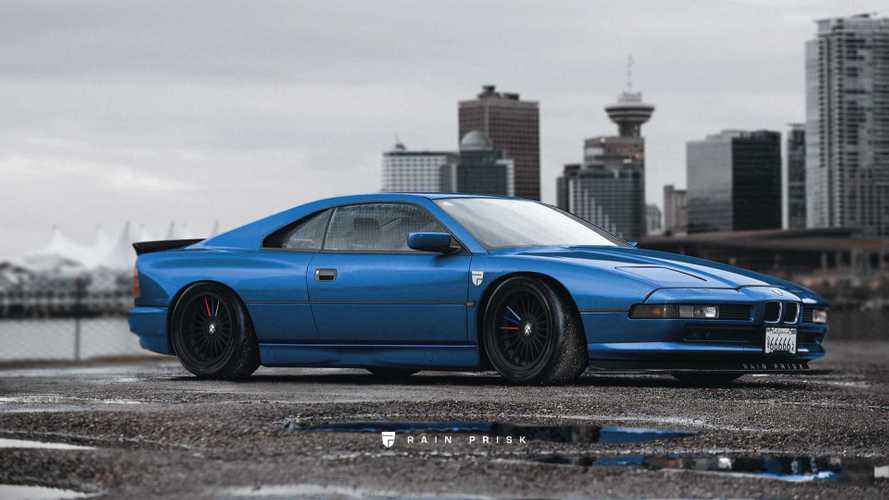 It blends the mid-engined Ferrari F355 with understated 8 Series charm.

Frankly, we’ve wanted to see a cool old-school BMW 8 Series render for some time now. That’s not to say we've had feelers out with different rendering artists to make it happen. With a new 8 Series among us, we're just surprised we haven't seen the render treatment given to the old model sooner.

These are cool renderings:

Once again, it’s Rain Prisk on Facebook to the rescue, but this sweet 8 Series project isn’t just a reimagining of the old GT’s shape – it’s a reimagining of the line itself. Go ahead, take a closer look. Tell us about the Ferrari F355 influence you see in these renders.

There’s obviously a very good reason for that. Rather than incorporate features from the original 8 Series into a modern look, this effort is a cool what if take on two definitive 1990s performers. And why not? The first-generation 8 Series and the F355 both utilized pop-up headlights, and the 355’s overall shape seems rather conservative by mid-engined Ferrari standards so it matches up pretty well with 1990's BMW design philosophy. The rendering does away with the Ferrari side scoops of course, but the result is a sleek supercar that looks like something BMW could’ve actually built in the 1990s. We’re a bit sad it never happened.

Scrolling through the photos in that Facebook post you’ll see another 8 Series rendering unlike the rest. It’s obviously a take on an all-new mid-engined BMW, using the current 8 Series as inspiration. We first saw it over a year ago, but seeing it again reminds us that BMW could do worse than building something to take on the Italians in a mid-engine showdown. Can you say BMW M1? We said that a year ago, and we’ll say it again – BMW M1.

Make it happen BMW. You know you want to.