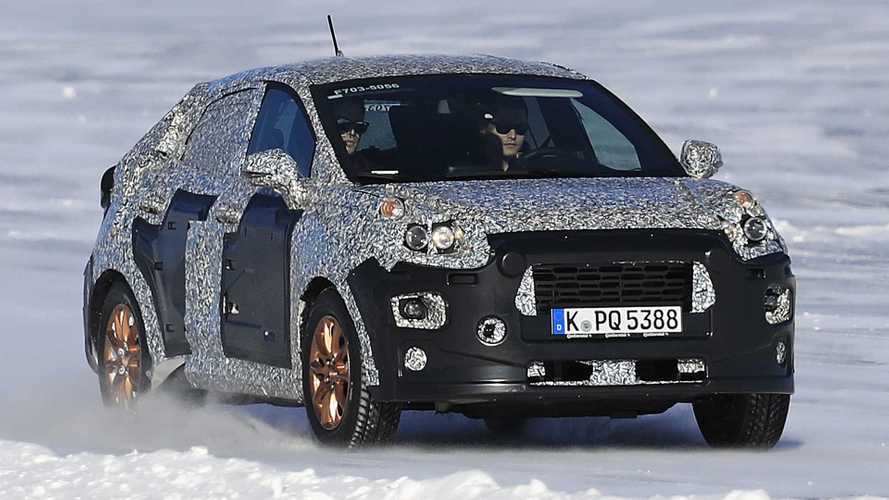 Ford's mild-hybrid Fiesta and Focus will debut at the same event.

Ford will announce a slate of new products for Europe at an event in Amsterdam, The Netherlands, on Tuesday, April 2. The unveilings will include a plug-in hybrid version of the Kuga (known as the Escape to folks in the United States) and a new crossover to fit between the Kuga and EcoSport according to Automotive News Europe citing insider sources. In addition, recently announced the mild-hybrid powertrains for the Focus and Fiesta will debut there.

New Kuga is coming too:

2020 Ford Kuga spied inside and out, hybrid confirmed

The automaker might call the mysterious compact crossover the Puma and build in Romania at the same plant that manufactures the EcoSport, according to Automotive News Europe citing an industry analyst. Ford expanded its trademark on the Puma name in late 2018, and this raised suspicion of the company reviving the model name. However, speculation suggested the moniker was possibly for Ford's Baby Bronco.

The images above are a recently spied Fiesta-based crossover that could be the Puma.

The Blue Oval already announced official details about the mild-hybrid Focus and Fiesta ahead of the debuts. The powertrain uses the 1.0-litre three-cylinder Ecoboost engine as a starting point but adds a belt-driven integrated starter/generator to replace the alternator. The tech uses regenerative braking to harvest energy and store it in a small lithium-ion battery. The electric boost then comes into play at low speeds.

The Blue Oval also mentioned introducing mild-hybrid variants of the Transit 2-Tonne, Transit Custom, and Tourneo Custom later this year. However, the company didn't specifically confirm whether it was bringing them to the big event in Amsterdam.