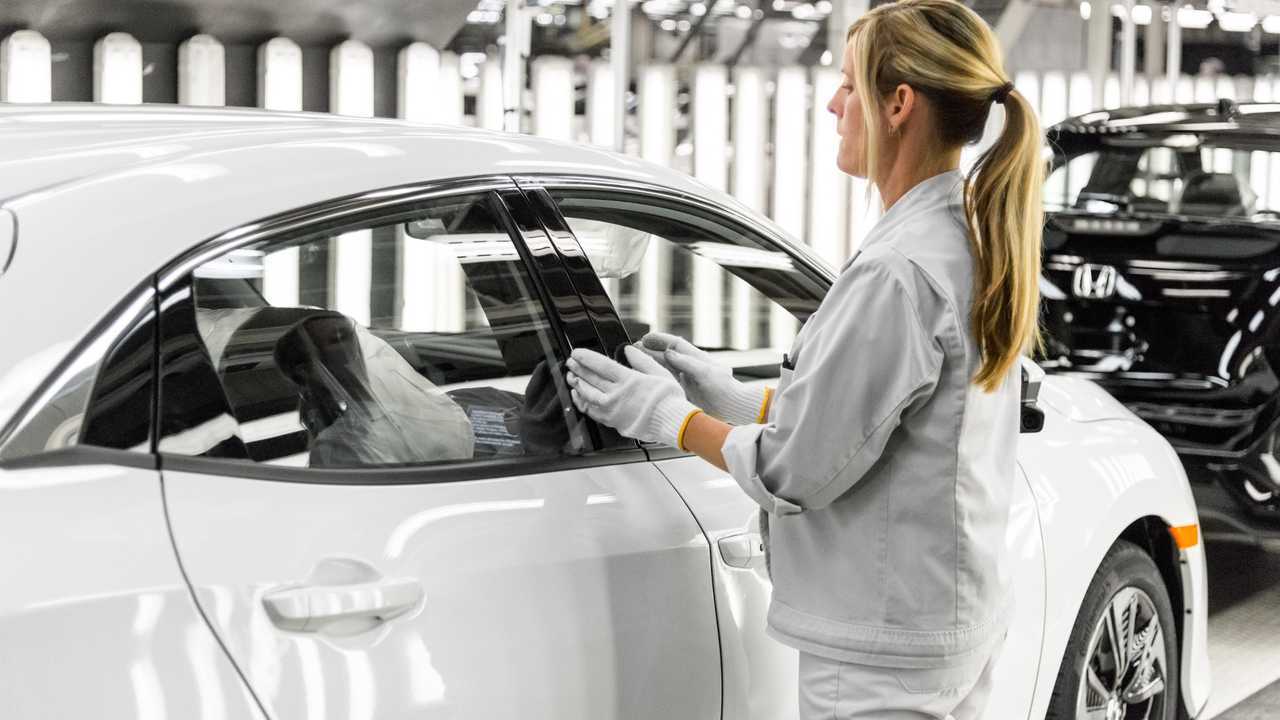 Demand for British-built cars fell by more than 15 percent in February.

The number of cars built in the UK fell for the ninth consecutive month in February, as major markets struggle and the Brexit saga rumbles on.

According to figures from the Society of Motor Manufacturers and Traders (SMMT), a total of 123,203 cars rolled off British production lines last month - down 15.3 percent on the figure for February 2018. The SMMT blamed the drop in demand on falling domestic sales, as well as difficulties in other Asian and European markets.

Demand from abroad was hit hardest, though, dropping by 16.4 percent compared with the same time last year. Just under 98,000 cars were built on these shores for export markets. In comparison, demand in the UK fell by 11 percent, from 28,350 units in February last year to 25,218 last month.

The net result is marginally less dependence on exports, with their share of the total falling slightly. However, they still account for almost eight in every 10 cars built in the UK (79.5 percent).

But despite February’s bleak news, it was still a minor improvement on January. The first month of the year saw total production fall by more than 18 percent when compared with the previous January, as demand for British cars abroad slumped by 21 percent.

Considering that and February’s grim reading, 2019 has had a slow start for the country’s car manufacturers. Overall production this year has not quite reached the 250,000 mark, after standing at almost 300,000 at the same stage of 2018. It’s a drop of just under 17 percent, and while exports are down by around 19 percent, the eight-percent cut in domestic demand is equally concerning.

Mike Hawes, the SMMT's chief executive, said Brexit uncertainty was partly to blame and urged politicians to join forces and get a consensus on the issue in the coming days.

“The ninth month of decline for UK car production should be a wake-up call for anyone who thinks this industry, already challenged by international trade hostilities, declining markets and technological disruption, could survive a ‘no deal’ Brexit without serious damage,” he said.

“A managed no deal is a fantasy. Uncertainty has already paralysed investment, cost jobs and damaged our global reputation. Business anxiety has now reached fever pitch and we desperately need parliament to come together to restore stability so that we can start to rebuild investor confidence and get back to the business of delivering for the economy.”