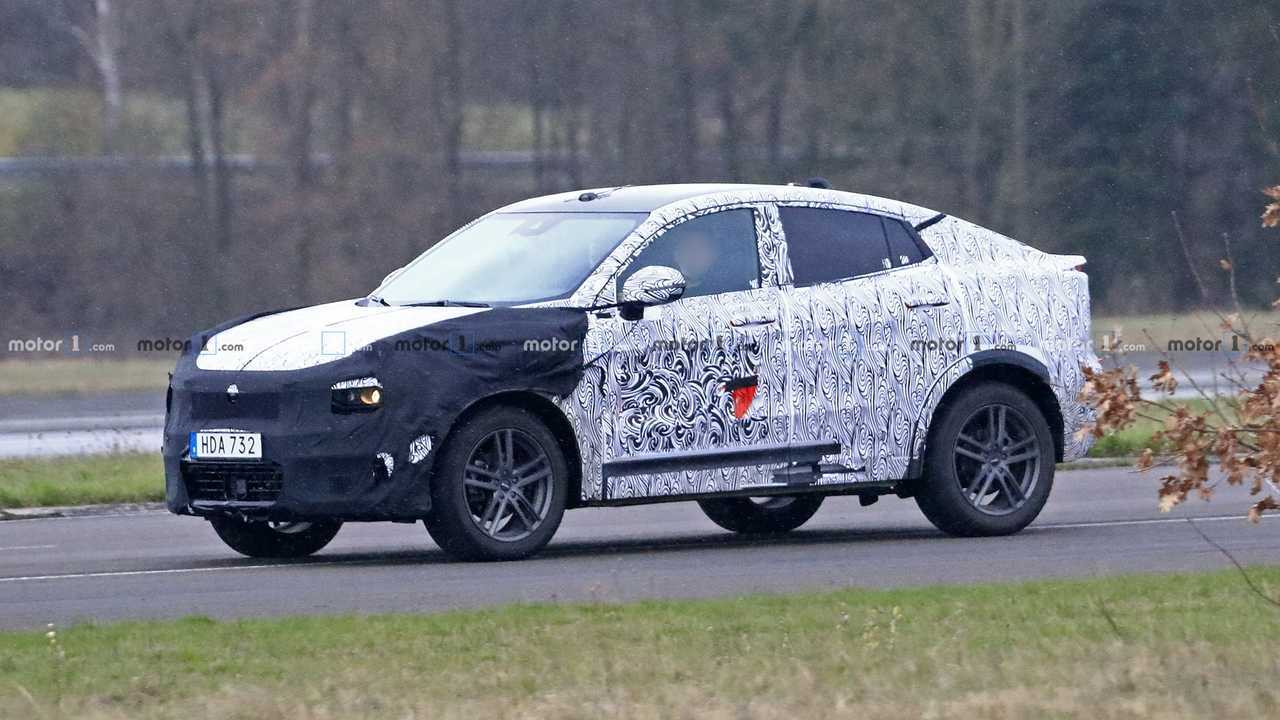 There's still quite a bit we don't know about this new model.

Chinese automaker Lynk & Co appears ready and willing to step beyond its home market in more ways than one. This is the second time we’ve seen the company’s slope-roofed SUV testing, and spy photographers caught up with this one in Germany. It bears a resemblance to Lynk & Co’s existing 01 full-size SUV, and with much of the heavy camo pulled away, it’s very easy to see this prototype’s coupe-crossover shape.

Seven-seat Lynk & Co 01 spied stretching out in the snow

European Lynk & Co SUVs will be hybrid and built in Belgium

Our sources don’t have much information on this vehicle other than it’s likely a crossover version of the 01 SUV. The heavier camo coverings on the front still reveal many similarities to the people mover, and the big side-view mirrors scream 01 as well. Moving further back we see a curious resemblance to the Mercedes-Benz GLC Coupe, though the camo wrap conceals any potential side glass that could mimic the Merc’s profile.

Lynk & Co certainly isn’t letting any grass grow in its development and testing group. In addition to this model, we recently caught a seven-passenger version of the 01 SUV testing. The production 01 utilises Volvo’s compact modular Architecture platform, and if these machines are indeed variants of that SUV, there should be Swedish bones beneath the camouflage.

For that matter, this fastback crossover could also have ties to Lotus. Almost a year ago to the day, former Lotus CEO Jean-Marc Gales said the company was planning a Volvo-based SUV. Lotus is owned by Chinese group Geely, which also owns Lynk & Co. Ah what a tangled web we weave.

In any case, Lynk & Co is definitely interested in selling vehicles outside of the Chinese market. It's 01 SUV is the fastest-selling vehicle in China, blowing through the automaker's 6,000 pre-sale units in just 26 minutes. Should the company hope to enter the U.S. arena it would make sense to have an arsenal of SUV offerings ready to cover the bases. A five-passenger 01 with a seven-passenger variant and coupe model would certainly fit such a plan.