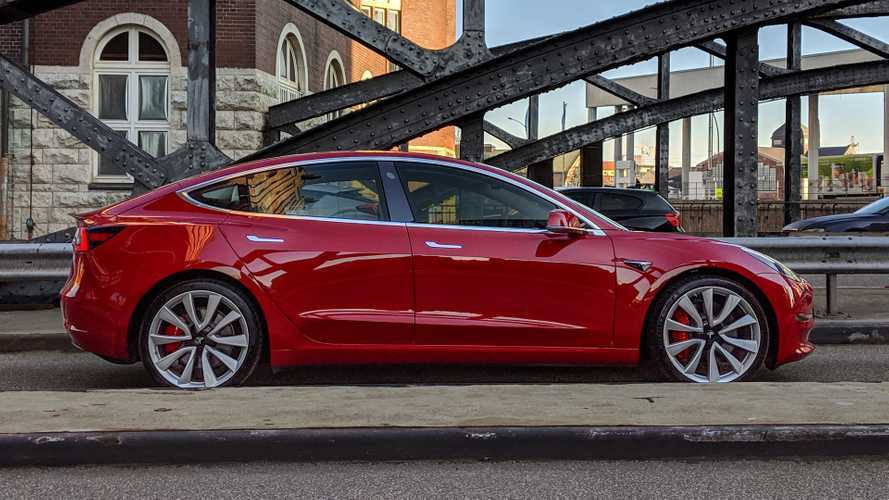 In its first full month on the market, the Tesla Model 3 shot to #1 on the European sales charts in its so-called luxury mid-size segment.

That's quite an accomplishment for Tesla, the electric automaker that hails from California. Even more impressive is that the Model 3 isn't even available in the UK, as right-hand-drive versions have yet to be produced.

Tesla Model 3 could arrive in UK by June, says Musk

The focus here is on sales in the month of February. Those figures for Europe have just become final.

So then, exactly how well did the Model 3 do in regards to sales? Well, it outsold some stiff German competition like the BMW 3 Series, Audi A4 and Mercedes-Benz C-Class. That's like a punch in the face to the German automakers right there.

As expected, the Model 3 outsold all other electric cars too, but that's not really as impressive as how it fared against the petrol-fuelled competition.

Let's move on to the numbers

In February, Tesla sold 3,657 Model 3s in Europe. That figure places it ahead of many vehicles, including the Renault Zoe, Nissan LEAF, BMW i3 and Hyundai Kona Electric, just to name a few of the electric competitors. Additionally, the Model 3 outsold the Mercedes-Benz C-Class, BMW 3 Series and Audi A4.

Felipe Munoz, global analyst for Jato Dynamics, stated that this high level of demand for the Model 3 is very unusual and he added that typically demand doesn't soar “until four or five months after a new car has hit the roads.” That may well mean sales of the Model 3 will go even higher in the coming months.

“As we’re seeing in the US, Tesla is also shaking up the European market. Its long-lasting impact will depend on how quickly the German premium makers, Volvo and JLR react to the arrival of the Model 3 to Europe and how quickly they can bring in their own midsize electric cars.”

Apparently, UK roads are not friendly to Autopilot - check this crash

With saves like this, why is Autopilot still a beta?