One of the most interesting claims during the first weekend of the 2019 Formula 1 season was the assertion that several teams are interested in joining the grid in 2021.

That is according to F1 CEO Chase Carey, who says F1's planned rules overhaul, on and off the track, is bringing new parties to the negotiating table.

We do not know which teams Carey has spoken to. However, as this list shows, there are several serious candidates we believe have the capacity to join the F1 – and logical reasons to do so. 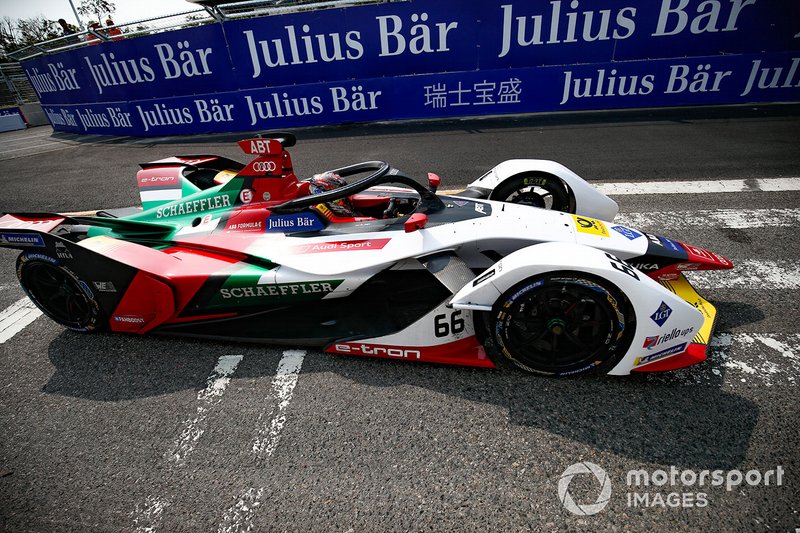 Rumours have swirled around a possible Audi F1 programme for some time, but its commitment to Formula E and ongoing DTM effort suggests a manufacturer that's perfectly happy with its work outside of grand prix racing.

However, the imminent arrival of Porsche to FE revives an old internal Volkswagen Group battle in the same championship.

F1's hybrid technology would be a perfectly valid way to further Audi's growth beyond internal combustion engine technology, while separating the VW Group's brands and maximising return on investment by not fighting for the same space.

Audi driver and 2016/17 FE champion Lucas di Grassi went as far as saying the German manufacturer gets much more from the electric single-seater series than it would F1, but F1's reach is inevitably greater than FE's.

The e-tron moniker that adorns Audi's FE cars and was given to its R18 LMP1 machines from 2012 links the motorsport efforts to Audi's family of electric and hybrid road cars.

Promoting that brand through a hybrid F1 project would have some powerful commercial value, as well as technological relevance.

For F1, the benefit is clear: it would bring an absolute powerhouse to the grid for the first time. 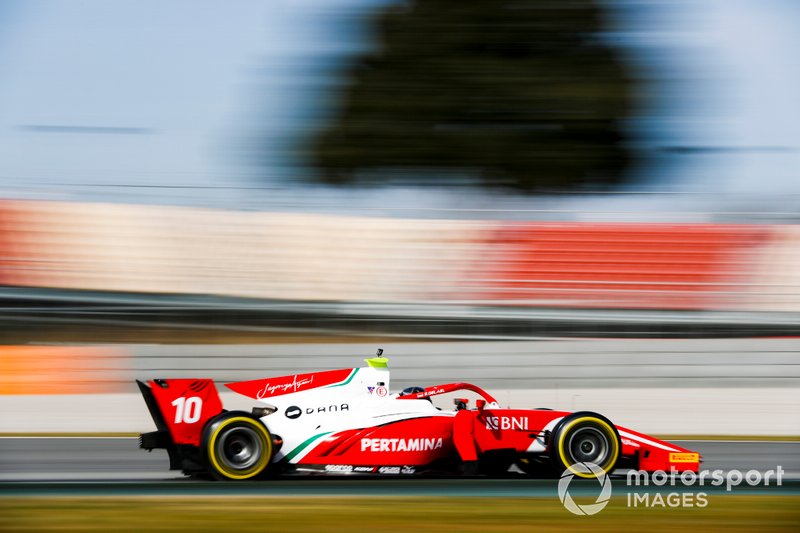 The argument for Prema on merit alone is a simple one to make. It has a phenomenal junior single-seater record and it deserves to make a sustainable step from 'creating F1 drivers' to 'running F1 drivers'.

Prema would almost certainly never make the F1 step without major financial assistance, but has indicated before it would be interested in a customer car entry. And the incoming budget cap and resource restrictions have raised the prospect of B-teams becoming a nailed-on part of the F1 furniture.

It makes sense for bigger teams, which have the resource to spend but no way of spending it themselves, to buddy-up with another. The rules will be written to try to limit the mutual benefits of such a relationship, but they will never be watertight.

Ferrari and Prema have had a close relationship before, and the famous Italian team has passed on its junior tie-up with the Charouz Formula 2 team to Alfa Romeo. If Ferrari has around $500m to spend on F1 but can only spend half that, why not redirect such resources to an official B-team, which Prema would run?

This would give Prema a platform to run sustainably in F1 and be able to show its prowess at the absolute top level. The compromise for a leg-up to grand prix racing would be a ceiling of sorts, as it would almost certainly never have a better car than Ferrari. That feels like a price worth paying. 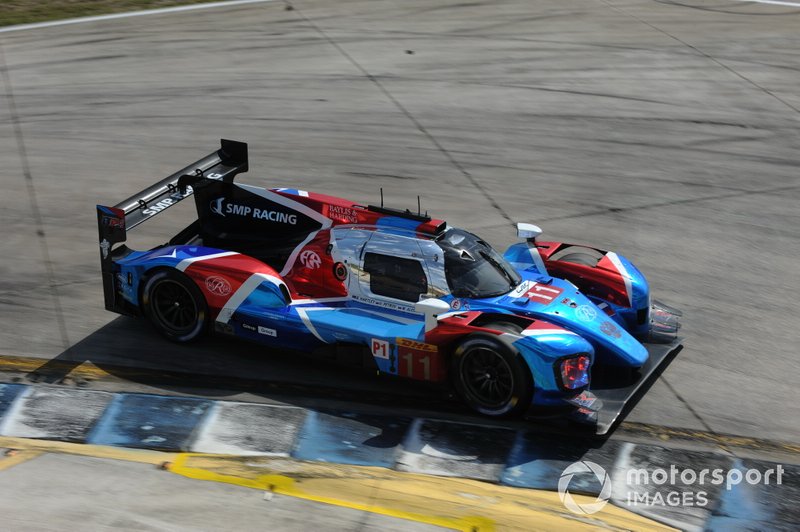 Just because SMP sponsored Williams and put Sergey Sirotkin in Formula 1 for a season does not mean it would be able to fund its own team. However, SMP also has its own LMP1 operation, attracting the likes of Jenson Button to drive for it in the World Endurance Championship. So, there's clearly major finances behind the team, an understanding of how to put together a race team, and some serious pull behind-the-scenes.

If ever there was an organisation capable of heading a consortium for a full-on Russian F1 entry, it's SMP. It still supports Sirotkin and has him back in the Renault fold as a reserve driver, so there's a link to a current F1 team – one that has no affiliate at the moment, and is aware of the threat it faces from those that do.

SMP is investing heavily in junior drivers and the Russian Grand Prix is a major (fairly) recent addition to F1. Without anywhere for those Russian drivers to go, the future of both initiatives seems restricted. An F1 team might seem like a drastic way of firming them up in the medium-term, but if it's ever going to happen perhaps 2021 presents the most cost-effective opportunity. 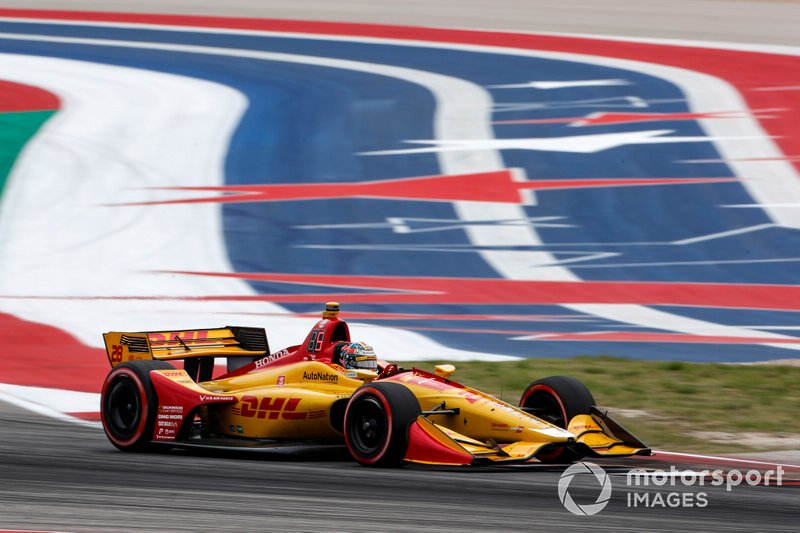 No list of 'team that we want to see in F1' would be complete without an American racing institution. There's all sorts that qualify as being worthy of joining Haas as an F1 entry from the United States, that have success in IndyCar and NASCAR, including Penske and Ganassi.

However, Andretti feels like the most solid avenue for F1 to pursue. Chiefly because it has growing ties with an existing outfit that could do with a buddy for political reasons.

McLaren and Andretti have partnered up for the Indianapolis 500 with Fernando Alonso and team owners Zak Brown and Michael Andretti work together throw their stakes in the Walkinshaw Andretti United Supercars team in Australia. There is a pre-existing relationship there and McLaren needs another team if its big rivals are not going to stop operating in that way.

A major team like Andretti would also be a big help with F1's unwavering drive to boost its appeal in the USA. Oh, and there's a ready-made, quality American driver in its ranks already in Alexander Rossi. 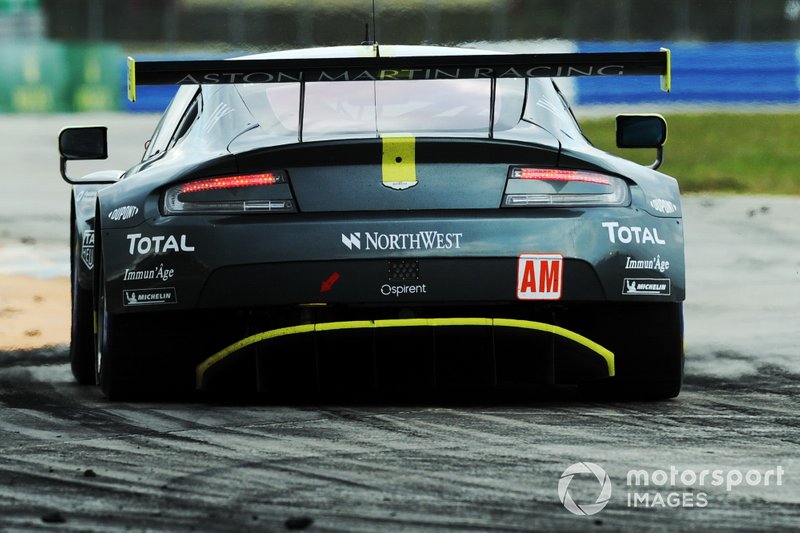 Another big manufacturer to complete the list, and one that is already significantly involved in F1 through its Red Bull tie-up. With Red Bull now, most likely, wedded to Honda for the short-term future, there is scope for Aston to look elsewhere to build its profile in a grand prix racing context.

Aston Martin has made plenty of noise about joining the F1 grid, mainly as a prospective engine manufacturer. However, the complex F1 engine rules – and Aston's limited experience in this field – would make a race team much more sensible, with the right cost restrictions.

It is quite clearly eager to expand its motorsport involvement. As well as its major GT operation and F1 involvement, it has been discussing future Hypercar World Endurance Championship regulations, blessed a DTM project and replaced McLaren as the title sponsor of the Aston Martin Autosport BRDC Young Driver of the Year Award, beefing up the cash prize in the process.

Aston would not necessarily need to build its own engine for a works team. It could tie up with an independent, become a third Honda team, or look elsewhere. Ultimately, this is a major manufacturer with serious racing pedigree, the means to join the grid – and, one would assume, that would be presented with various options if it stepped up to the negotiating table.