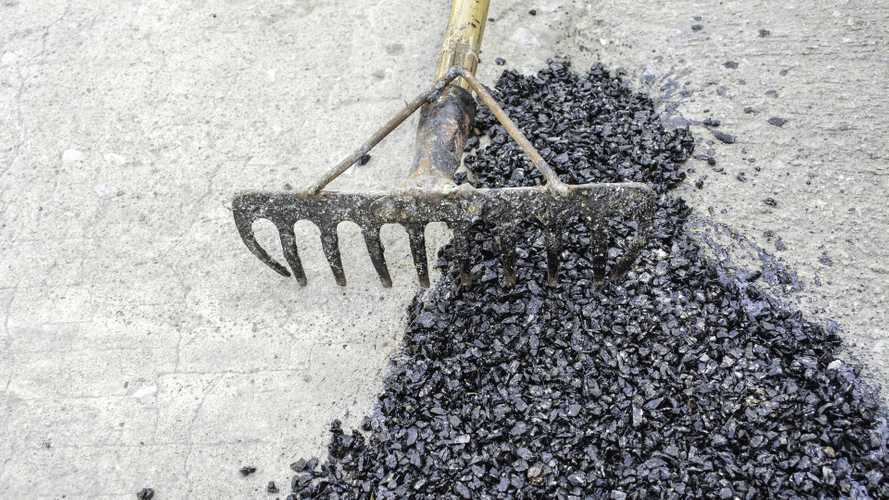 The total cost of fixing every pothole in England and Wales has risen to almost £10 billion, according to a new study published today.

More on the problem of potholes in the UK:

A report by the Asphalt Industry Alliance (AIA), which represents asphalt producers and laying contractors, showed that the cost had risen by roughly £500 billion over the past 12 months and now stands at £9.79 billion. Damning report reveals shocking state of Britain's roads put the figure at around £9.3 billion.

But a more drastic increase was seen in the number of compensation claims made for accidents and breakdowns involving potholes. Last year’s report put the average number of claims received by English authorities at 259, but that has more than doubled in the past 12 months, rocketing to 535. Although the total cost of the claims has in fact fallen by around £500,000, a £3.5 million increase in staffing costs has pushed the total cost of compensation up to £22.5 million.

However, the report also revealed some more promising statistics. The average council’s highway maintenance budget rose by 20 percent over the past year, while the total number of potholes filled rose by around 350,000 to 1.86 million. And the report revealed a small improvement in the overall state of the country’s roads. The proportion of roads deemed to be in “poor condition” fell from 12 percent in 2017/18 to 10 percent in 2018/19, while the number of miles of road in need of attention within the next 12 months fell slightly from 24,000 to 22,600.

There still appears to be something of a postcode lottery regarding potholes and road surfaces, though, with a clear split in funding between north and south. In Wales and northern Enlgand, the average road maintenance budget is a third lower than that of authorities in the south of England.

Rick Green, chairman of the AIA, said: “There are glimmers of hope but, while overall highway maintenance budgets are up, achieving target conditions on all categories of local roads – those that we all rely on every day – still remains out of reach.”

“It is encouraging that those in control of the purse strings seem to have recognised the value that additional expenditure on roads can deliver. But with the amount needed to bring the local road network up to scratch still approaching £10 billion, sustained investment over a longer time frame is needed if we want a local road network that supports enhanced mobility, connectivity and productivity.”

The RAC’s head of roads policy, Nicholas Lyes, said despite the positives that could be drawn from the report, councils needed more money to fix their scarred road surfaces.

“A driver today is still more than twice as likely to breakdown as a result of a pothole than in 2006,” he said. “Potholes not only cause expensive damage to vehicles but are also a very real road safety danger for drivers, bikers and cyclists alike.

“Thankfully, more money appears to be getting through to councils to allow them to improve poor road surfaces, but it’s simply not enough. Only long-term funding will allow councils to carry out effective reactive maintenance and plan preventative action to stop potholes appearing in the first place.

“We believe the best way to do this would be to ring-fence existing funds raised from fuel duty: just two pence per litre collected over five years would raise nearly £5 billion, in addition to what is already allocated to councils, and would go some way towards clearing the backlog of potholes that currently plague many parts of the UK.”

The RAC’s call was echoed by the Local Government Association (LGA), which represents councils in England and Wales. The organisation’s transport spokesman, Cllr Martin Tett, said councils needed some form of plan for long-term funding.

“Councils share the frustration of motorists about the state of our local roads and, as this survey shows, fixing our roads is a priority for them. Faced with severe financial pressures, councils have managed to spend more on road repairs in the past year in order to fix a pothole every 17 seconds.

“Despite these efforts, it is clear that our roads are deteriorating at a faster rate than can be repaired by councils, with the cost of clearing our alarming national roads repair backlog on the rise and now at almost £10 billion.

“The Spending Review needs to provide councils with long-term and consistent funding to invest in the resurfacing projects which our road network desperately needs over the next decade. Reinvesting two pence per litre of existing fuel duty into local road maintenance would provide £1 billion a year for councils to spend on improving roads and filling potholes and begin bringing our roads up to scratch.”