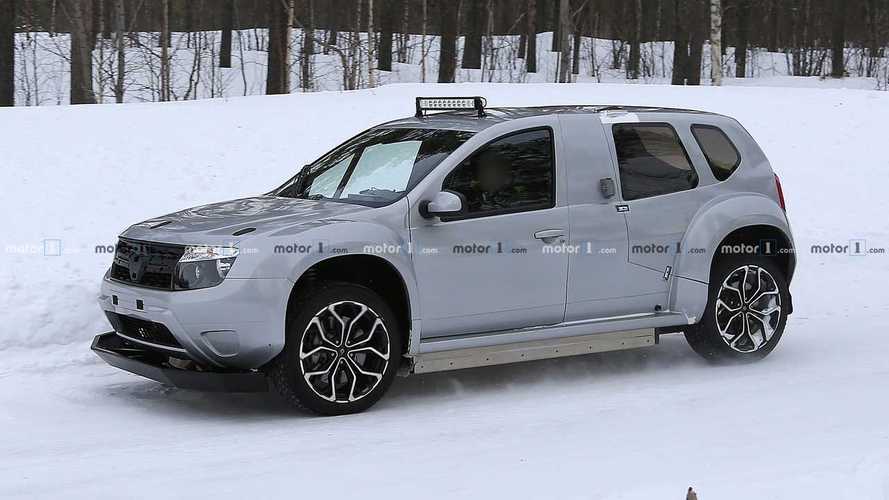 This is likely a prototype of an electric race car from the Romanian marque.

If you, just like us, are quite surprised by today’s first batch of spy shots, let us tell you more about the prototype you see in the attached gallery below. This is an all-electric mule from Renault’s affordable brand, Dacia, and it is wearing the body of a first-gen Duster SUV.

Renault is one of the most experienced mainstream manufacturers in the industry when it comes to electrification and it shouldn’t come as a surprise that its sister brand from Romania will benefit from the knowledge. If you take a closer look at the test car, underneath the oddly shaped body there is an EV platform with a flat package of batteries mounted under the seats.

Our spy photographers tell us these shots come from a frozen lake close to the Arctic Circle, where Renault Sport is actually working on a new contender for the Andros Trophy ice series. The competition is set to receive an all-electric class as a top tier in 2020 and, apparently, this car will soon morph into Dacia’s race car for the series.

The Duster is actually brilliant:

In addition to the wider and longer body compared to a standard first-gen Duster, this prototype also features a roll cage, racing seats, and studded tyres. If you zoom in on the front wheels, you’ll see they use larger Brembo-branded brakes, while the rear wheels hide Alpine-branded callipers.

Dacia’s entry into the all-electric class of the Andros Trophy will have a significant impact into the development of the marque’s road-going electric vehicles. Dacia is believed to launch its first production EV sometime at the beginning of the next decade and this race car should help engineers with knowledge gathered during the race season.

With that said, we won’t be surprised if more electric prototypes from the company begin testing on public roads in the next few months.