Potholes cost drivers £1.2bn in repairs over past 12 months 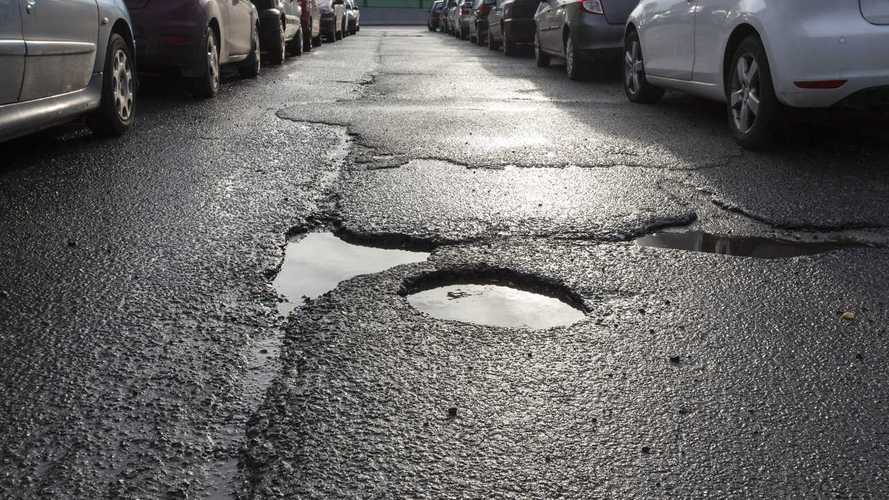 The value of damage caused by our terrible tarmac has risen 77 percent in just three years.

British motorists have spent more than £1.2 billion repairing the damage caused to their cars by potholes over the past 12 months, new research has found.

More on the trouble caused by Britain's ragged roads:

A study by vehicle maintenance firm Kwik Fit found that more than 11 million drivers have seen their vehicle damaged by poor road conditions, with the cost reaching £1.21 billion - an increase of £296 million (32 percent) on the previous 12 months. Even more worryingly, the year ending March 2016 saw the repair bill stand at a mere £684 million, meaning the cost of damage reported by motorists has risen by 77 percent in three years.

The increases come despite a small reduction in the cost of maintenance. Over the past year, the average cost of repairs to suspension, tyres and wheels has fallen slightly from £111 to £108.86. However, the number of motorists having to carry out repairs has rocketed, up by 2.9 million since last year. And Kwik Fit says that number may yet climb, as an estimated 1.4 million drivers say they have yet to get their vehicles fixed.

Underneath all these figures, however, lie questions about the state of the UK’s roads. Kwik Fit says almost a third of drivers who have hit a pothole in the last year saw their car damaged as a result, while 17 percent of the motorists surveyed by the firm said they were hitting at least one pothole every day. More than half of respondents (51 percent) said road conditions have worsened over the past 12 months, and almost two-thirds (60 percent) said they were in a worse state than five years ago.

Kwik Fit’s director of communications, Roger Griggs, said the mild winter had so far been a reprieve for beleaguered drivers, but further damage to the country’s road network was still possible.

“The cost of damage from potholes is hitting more and more drivers who are continuing to see their cash being spent on issues that are not entirely their fault,” he said. “Fortunately, this winter has not been as harsh as it has been in recent years, however as we know with the Great British weather, conditions which would further damage our road network could still be round the corner.

“It is worth noting that damage isn’t always immediately noticeable so motorists should give their car a thorough check when they do hit a pothole. Damage can also often be internal so anyone concerned about their car can take it to one of our centres so the staff can put it on the ramp for closer inspection.”