Watch 30 minutes of footage with the unconventionally styled SUV.

The inevitable has happened – Porsche has introduced the strangest of all “coupes” to join the likes of the Mercedes GLE Coupe and the BMW X6. It also has to do battle with similar models from within the Volkswagen Group such as the Audi Q8 and the Lamborghini Urus. Shown here in regular and Turbo guises, the new Cayenne Coupe enters a niche that many would argue shouldn’t even exist, but business is business and Porsche is giving people what they want.

Offered as standard with a massive panoramic fixed glass roof or an optional carbon roof, the Porsche Cayenne Coupe is for those willing to sacrifice some of the regular version’s practicality in favour of that sloped roofline. You get less cargo capacity and passengers in the back sit 30 millimetres lower than in the standard SUV from Stuttgart, while the cabin is arranged in a four-seat configuration as standard.

As unusual as a coupe-ified SUV may be, the folks from Zuffenhausen are saying the new Cayenne derivative has the “typical Porsche silhouette.” Although it might look like the regular version with a lower roofline, a lot of changes have been made to try and spice up the model in terms of styling. For example, the A-pillars and windscreen are shallower after lowering the edge of the roof by 20 mm. In addition, the rear doors have been redesigned while the wings are 18 mm wider to give the Cayenne Coupe a more muscular appearance.

Porsche is already accepting orders for its third license to print money, after the standard model and the smaller Macan. It will have the not-a-coupe Cayenne Coupe at dealers towards the end of May and it’ll set you back £62,129 for the base model before options. Go crazy with the configurator and you’ll hit just over £145,000 on the Turbo model after a starting price of £104,729, and Porsche hasn’t even unveiled the range-topping Cayenne Turbo E-Hybrid Coupe yet…

All you need to know about the new Porsche Cayenne Coupe: 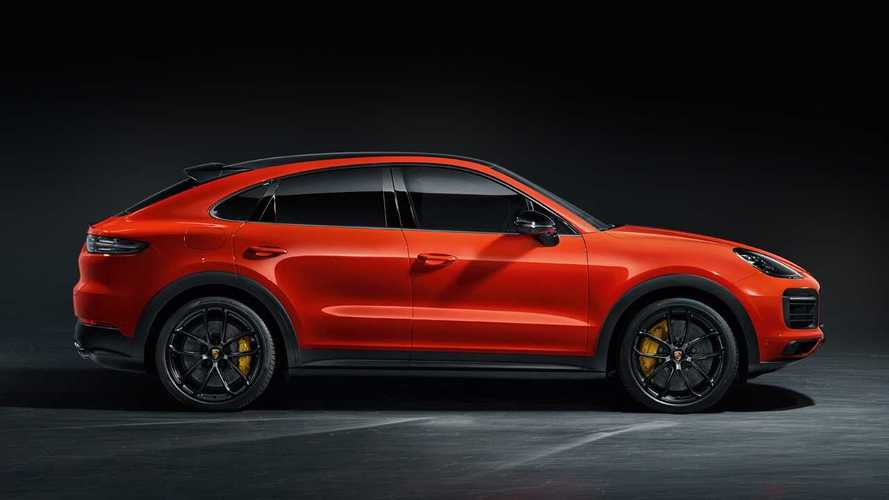