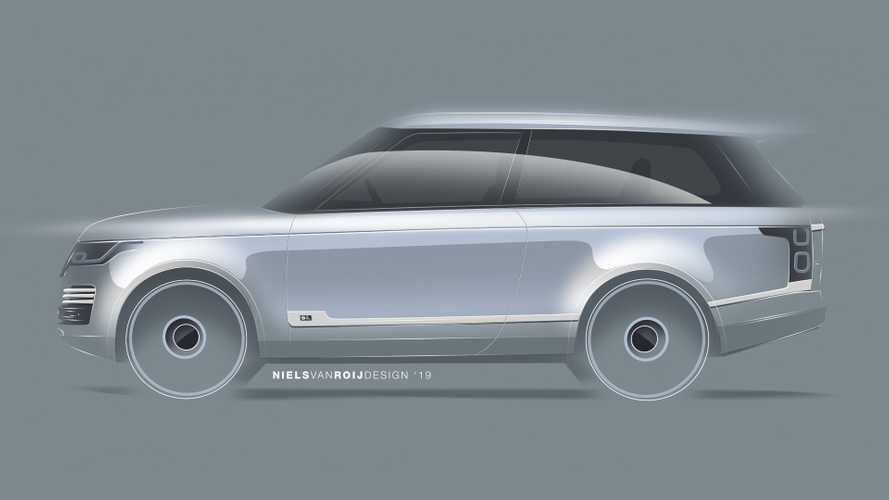 At the start of the year we reported that the upcoming Land Rover Range Rover SV Coupé had been axed before production had even begun.

If you're in the market for a tank-like two-door, you might still be in luck though. That's because Niels Van Roij Design – builders of the Tesla Model S Shooting Brake – have set to work on their own Range Rover Coupe, dubbed the Aventum Coupe.

The London firm will be building 100 of its own Range Rover Coupe, with each costing between £275,000 and £375,000 depending on the spec and the donor vehicle, and a £50,000 deposit is needed to secure a build slot. Either way, its more expensive than the official Range Rover Coupe was supposed to be – that was set to cost an 'affordable' £240,000 before it was canned.

Each of the hand-built aluminium bodied cars will look different from one another, with each being built to their owner's unique specifications.

"Anything is possible, from highly-polished woods, personalised tread plates, extraordinary one-off colour-coded leather hides in chic patterns to sophisticated handcrafted embroidery," said Niels van Roij, boss of the British design studio, which also worked on the latest iteration of the iconic London taxi. "Even Tweeds and exotic materials not normally found in the realm of automotive design can be applied by our team of craftspeople."

The first Niels van Roij Design Aventum Coupe has already begun, and each vehicle is said to take six months to complete.

The original Range Rover was launched as a two-door model back in 1970, but that body style hasn't been available since 1981 when the more familiar four-door model was introduced.

"The original, first generation of this British icon was launched in 1970. This car was presented in the Musée du Louvre in Paris exhibited as an exemplary work of industrial design." said van Roij, owner of the automotive design studio.

Jaguar Land Rover cancelled its own Range Rover Coupe in January in order to fucus on more volume models, including the upcoming new Defender.

"We have taken the difficult decision to inform our customers that the Range Rover SV Coupé will not proceed into production," the company said in a statement at the time. "Instead, Land Rover is focusing its resources and investment on the next generation of world-class products."