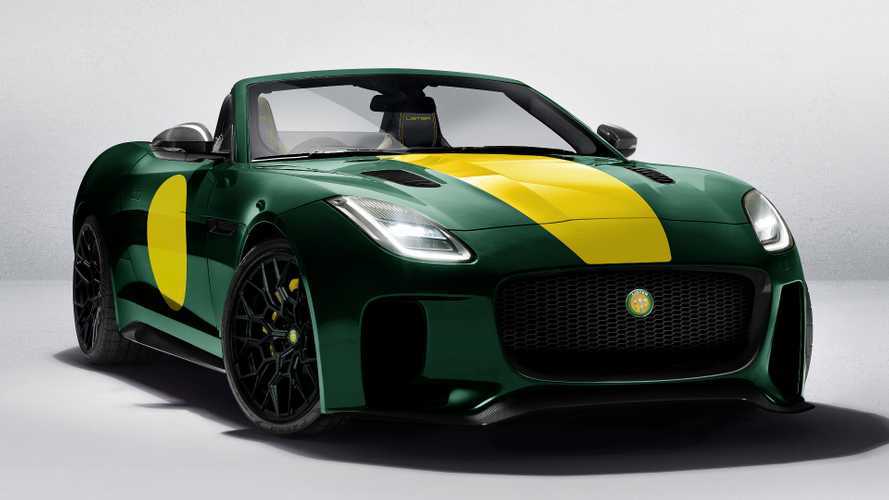 The 666-bhp car is the company's most powerful convertible.

After the launch of its LFT-666 dubbed the "beast", Lister got many calls asking for an open-topped version of its Jaguar F-Type turned up to 11.

Thankfully, Lister is one of those companies that listens to its customers, so it broke out the angle grinders and created this – the LFT-C.

The LFT-C is the British company's most powerful open-top car ever, and arrived just as the storms have relented and the sun has come out.

Power comes from a 666 bhp V8 engine, which rockets this beastly machine to 62 mph in just over three seconds and onto a top speed of over 205 mph.

Each model will have a unique carbon fibre front bumper, front splitter, rear diffuser, rear lip spoiler, and extended rear wheel arches, and will also have to same lightweight alloy wheels, exhaust, suspension and braking system as featured on the hard-top LFT-666. It will also have a bespoke hand-stitched interior

Each car will be hand finished to each customer's own specification, right down to the wheel design, paint finish, and interior trim, with he finest UK Nappa hides from Bridge of Weir leather on offer.

Only 10 examples will be offered, each featuring a numbered solid silver plaque on the engine cover signifying its rarity. It's considerably fewer than the hard-top LFT-666, of which 99 were built.

"Launching the new LFT-C is a personal triumph, as I have always loved convertible cars, even since my 2nd car, an MG Midget," said Lawrence Whittaker, CEO of The Lister Motor Company. "While we are famous for cars like the Knobbly and the Storm, the LFT series heralds a new era for Lister and continues our historical enhancement of Jaguar drive trains, which dates back to 1957.

"In 2019, we will see the launch of at least two new cars and have also just opened our new £5m headquarters in Lancashire that will be known as the home of the new Lister. There is lots more to come, and we look forward to sharing more news in the near future."