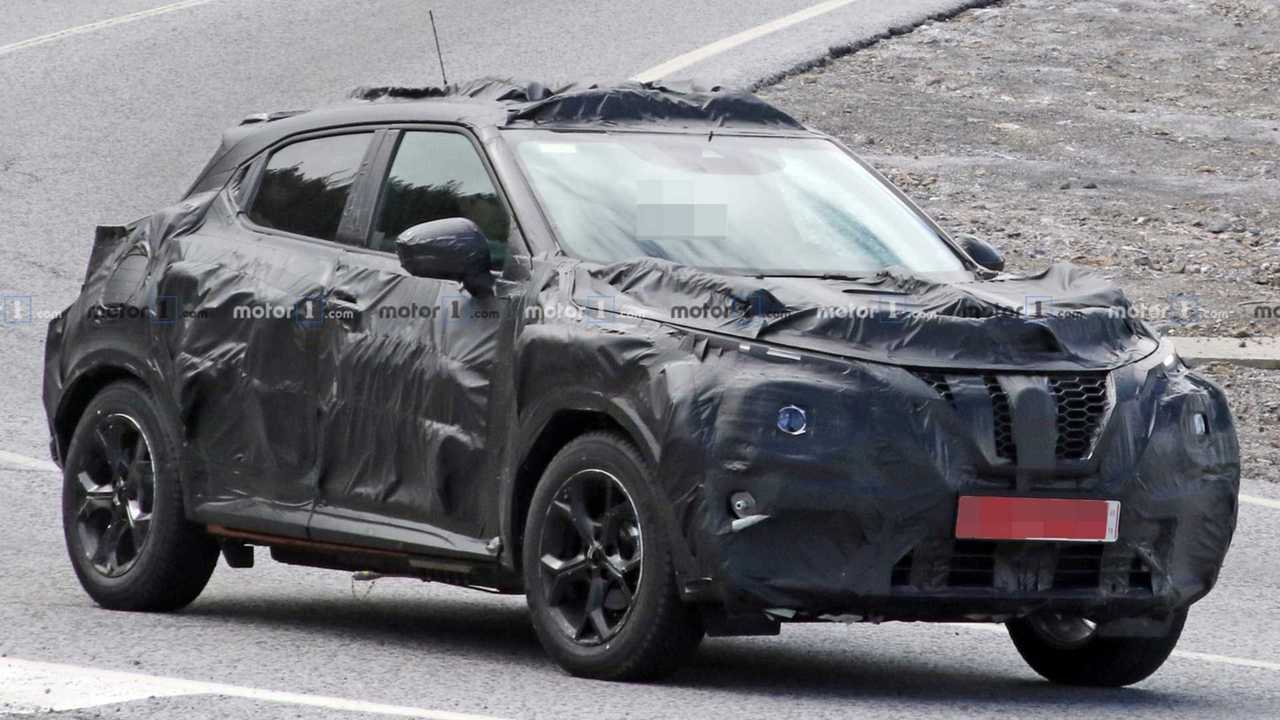 The Juke may be dead in the U.S., but it's huge in Europe.

Our eagle-eyed spy photographers were in the right place at the right time to immortalise a truly peculiar prototype of a future crossover. It’s not just because of the funky styling the Nissan Juke is hiding underneath the disguise, but the camo itself is downright peculiar. Caught in southern Europe, the second generation of Nissan’s subcompact high-riding model seems to have an orange finish judging by the side skirts, while up front it has those slim upper headlights that seem to be all the rage these days among crossovers.

A closer look at the side profile reveals the mirrors have been relocated from the A-pillars lower on the door panels, while the wheelbase appears to be slightly longer as denoted by the bigger rear doors. The “hidden” rear door handles mounted up high on the C-pillars are still there, for better or for worse…

At the back, the horizontal taillights are considerably different than the boomerang-styled rear clusters of the outgoing Juke and seem to be extending onto the tailgate to make the crossover look wider. There also appears to be something interesting going on with the roof-mounted spoiler as it hosts a pair of aero bits, but we’re not so sure these will be on the production model.

While we can’t quite see what’s going on inside the cabin, from some angles it appears the 2020 Nissan Juke is going to get one of those controversial “floating” touchscreens for the infotainment system. It looks like it’s sticking out from the centre console and is mounted up high, so that the driver won’t have to take his eyes off the road that much.

A new Juke is inching closer...

Bound to replace a model that has been around for more than nine years, the revamped Juke will switch to the CMF-B platform underpinning the recently launched Renault Clio V. Expect a similar array of engines, including 1.0- and 1.3-litre turbocharged petrol units developing 99 and 129 bhp, respectively. A 1.5-litre diesel could join the lineup with 85 bhp on tap, while a hybrid powertrain seems like a safe guess considering the Clio will get an electrified setup in 2020. In the case of the French supermini, it will consist of a naturally aspirated 1.6-litre, an electric motor, a dual-clutch seven-speed automatic transmission, and a 1.2-kWh battery pack.

It’s unclear when Nissan will introduce the Juke, but we’ll definitely see it this year.