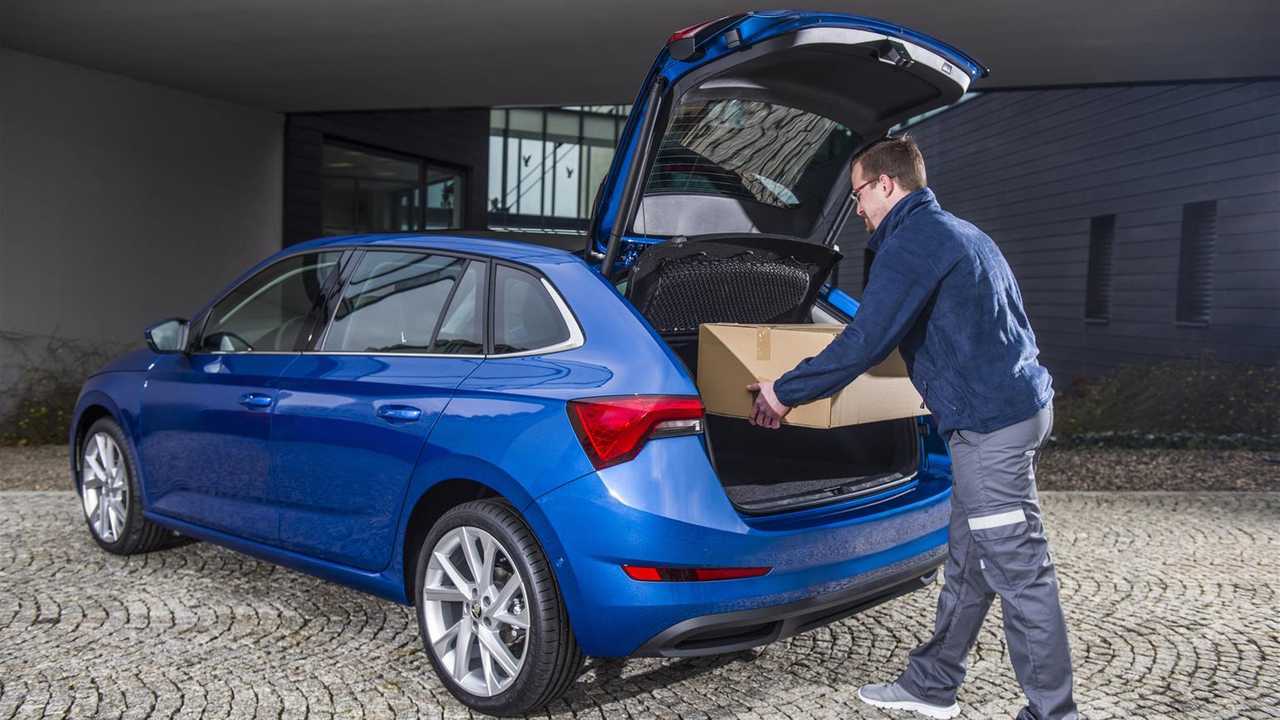 Couriers in the Czech Republic will be able to leave parcels in Skoda owners' car boots.

Skoda has announced that it has developed a new parcel delivery system that allows drivers to use their car’s boot as a letter box.

The Czech company’s DigiLab innovation team is running a pilot scheme that sees couriers granted access to a car’s boot in order to deliver packages. Skoda hopes the system, which it describes as “secure”, will make the delivery process for online orders more convenient.

DigiLab - a company set up by Skoda to focus on connectivity and digitalisation, as well as future mobility solutions - has teamed up with two of the Czech Republic’s biggest online retailers to provide the service.

The process begins with the customer giving the retailer permission to deliver packages to the car via a mobile app. Then, when an order is placed, the car’s location is sent to the courier for delivery.

On arrival at the vehicle, the courier is given one-time access to the car’s boot during a given timeframe, and can then leave the package in the car’s load bay and re-lock the car using their mobile device. Once the process has been successfully completed, the customer is notified via their phone and can drive away with their parcel at a time to suit them.

DigiLab says security is a “paramount issue” for the trial, and the data sent between the car and various mobile apps is fully encrypted, while the courier can only unlock the car in a “short” time frame that is defined by the customer.

At present, the trial is limited to the Czech Republic and just two online retailers, but if successful, Skoda’s DigiLab says the technology could be rolled out in the UK. Jarmila Plachá, the Skoda subsidiary’s boss, said the solution would make online deliveries easier for customers.

“This pilot project provides a concrete look ahead at how everyday life can be made even simpler and more convenient in future by using state-of-the-art technology,” she said. “I’m looking forward to further developing this project together with our partners.”

This isn’t the first time such a scheme has been mooted. Back in 2015, Skoda’s sister brand, Audi, teamed up with Amazon and logistics firm DHL to trial deliveries to the boot of a car. The system, which was only available to those with Amazon Prime, used Audi’s in-car communications system to unlock the boot, giving the courier access to leave the parcel in the car.