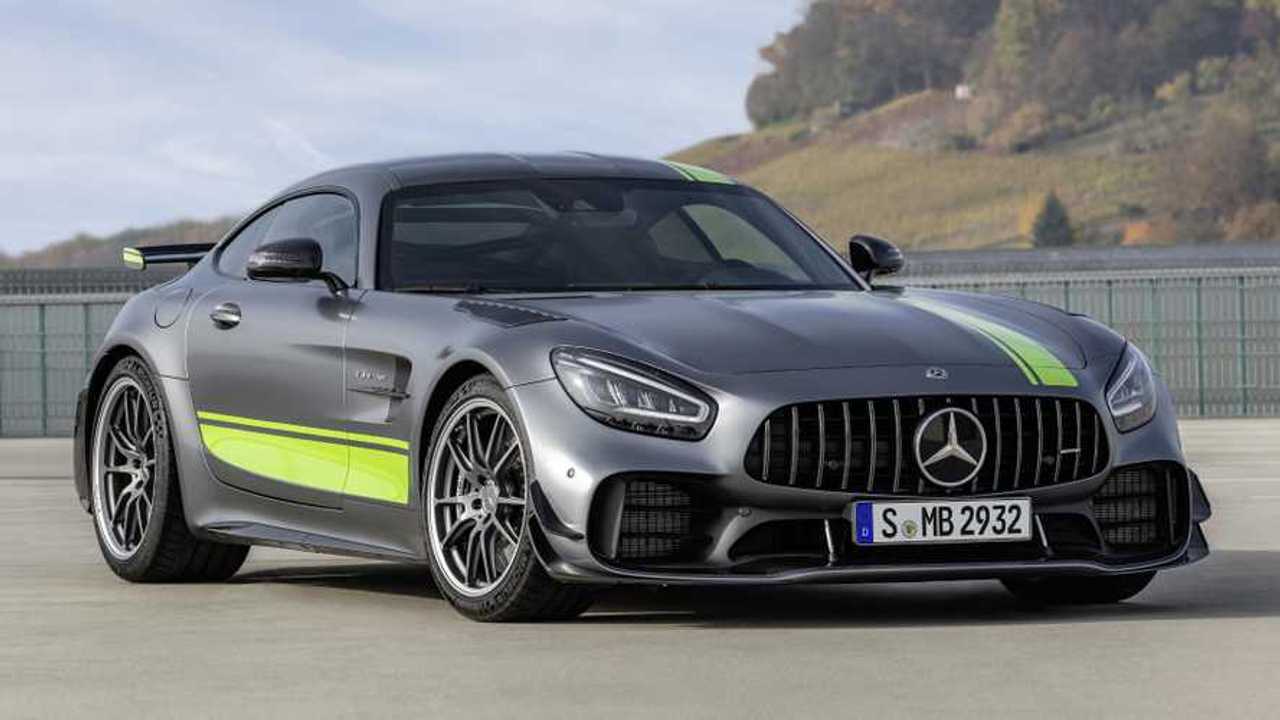 The stripped and striped supercar is £40k more than the 'standard' GT R.

Mercedes has opened the order books for its new AMG GT R PRO, and it’s charging customers a massive £188,345.

Essentially an even more hardcore, stripped-out version of the GT R revealed back in 2016, the newcomer is almost exactly £40,000 more expensive than its sibling. For that, you get fine-tuned aerodynamics, firmed-up suspension and lightweight wheels. The extra money buys new, lightened seats, too, as well as some hi-vis, look-at-me racing stripes.

The engine, however, remains the same. It’s a 4-litre twin-turbocharged V8 petrol, which produces a massive 577 bhp and 516 lb-ft of torque. That’s quite a lot, but despite the GT R PRO’s crash diet and aerodynamic tweaks, it doesn’t unlock any more straight-line speed. The sprint from 0-62 mph still takes 3.6 seconds and the top speed is still 198 mph. It’s no more efficient, either, returning about 22 mpg on the official economy tests.

However, Mercedes says the racing paraphernalia is not there to improve the vital stats, but to cut lap times. According to the company’s marketing bods, the PRO version gives you “enhanced driving dynamics and racetrack performance”, which has been achieved with the help of Mercedes’ GT racing teams.

As a result, the GT R PRO gets clever suspension that can be tuned to the driver’s desires, with owners able to change the damper settings without even using tools. And that isn’t the only piece of precision engineering on board. Mercedes has also used special bearings that wear less than conventional ones, meaning the car can be driven more precisely, while a special carbon-fibre panel at the rear of the car makes it both lighter and stiffer than standard.

And the track-bred theme continues with the bodywork, which is adorned with a host of fins and gills that channel air around the car and produce downforce to help the car grip in fast corners. The little ‘flics’ on the front bumper, for example, help stabilise the front splitter at high speed, while the louvres in the front wings allow air to escape from the wheel arches, reducing front-end ‘lift’ at high speeds.

You get plenty of gadgets, too. A 10.25-inch digital instrument cluster and similarly sized multimedia display come as standard, while keyless start and a high-end Burmeister surround-sound hi-fi are also included. And all that comes alongside the racing interior, which incorporates carbon-fibre bucket seats, a matt black roll cage and the Interior Night Package - a set of features designed to give the cockpit a more race car-like feel.

Although the Mercedes-AMG GT R PRO is available to order at Mercedes dealers, the first customer cars will not arrive in the UK until July.