Can the Model S redeem the defeat of the Model X against the Aventador S on the drag strip?

Remember that time when the Lamborghini Aventador S beat a Tesla Model X P100D in a drag race? Well, it turns out that its lighter and sleeker brother is out to seek revenge over that defeat, proving that electric cars are the king of drag strips in the process. Or are they?

In this episode of CarWow, Yianni from Yiannimize wants to substantiate his win from last year when he beat the Model X in a straight-line race. The aftermarket mogul, who owns polarising turquoise-wrapped Lamborghinis, is convinced that his Aventador S is really faster than battery-powered Teslas.

To be fair, he was able to prove himself the last time, but will he be able to do it again with the Model S? Let's crunch the numbers here first, shall we?

The Aventador S is powered a 6.5-litre V12 that produces 730 bhp and 509 pound-feet of torque via an all-wheel-drive system. It has a curb weight of around 3,800 pounds, which is way lighter than the Model S.

The Tesla Model S, on the other hand, has a decent spec sheet with its P100D performance variant. With a 100kWh battery and in Ludicrous mode, the all-electric Tesla can produce 762 bhp and 687 lb-ft of torque – a tad lower than the Model X (772 bhp) but remember, the Model S is lighter by almost 270 kg. And as we all know, weight is one of the winning factors in a drag strip. 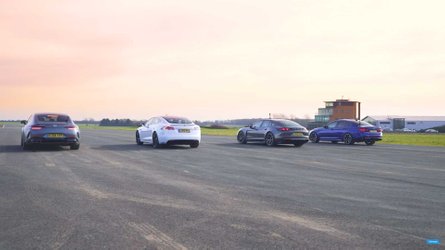 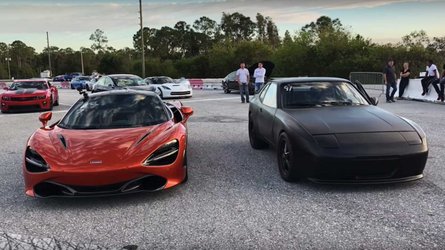 With the numbers laid out, which do you think would ultimately win this redemption race? Watch the video on top of this page to see the results of the standing quarter mile race, as well as the rolling drag race and brake tests.