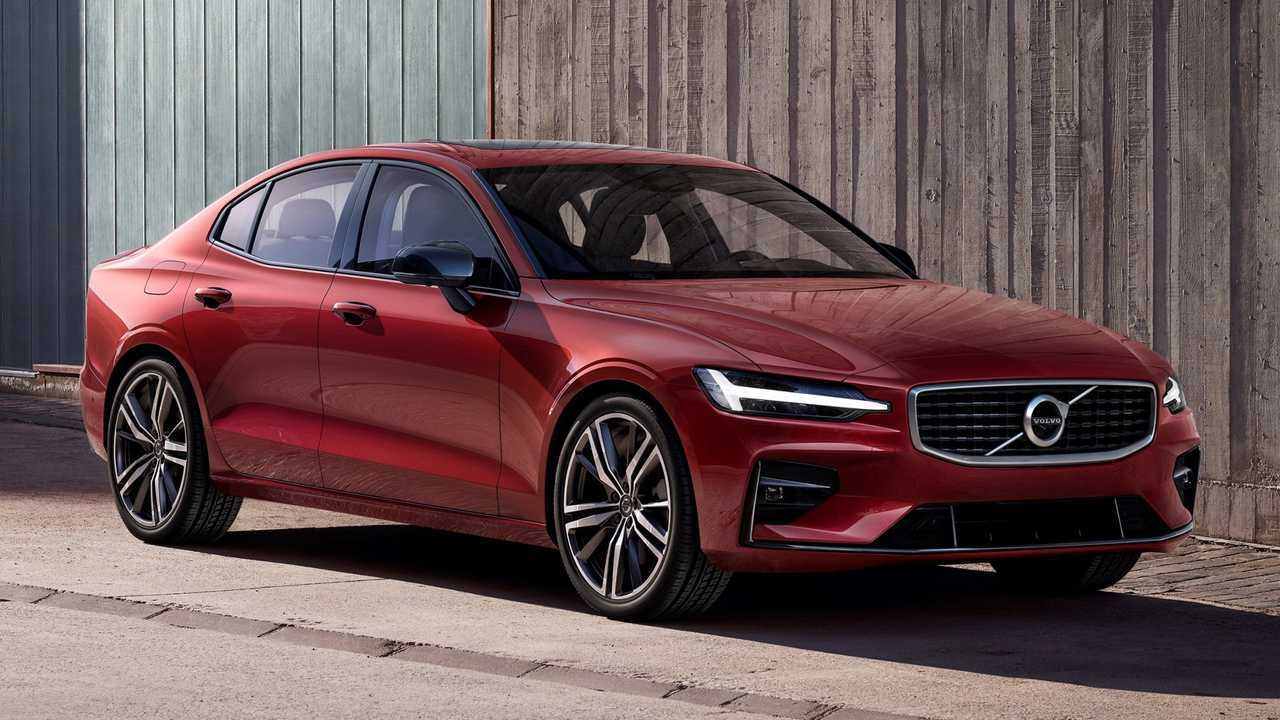 The T5 R-Design model is available to order now, but deliveries won't begin until May.

Volvo's new S60 saloon, built to rival the BMW 3 Series and Mercedes-Benz C-Class, is now available to order in the UK with prices starting at £37,920.

Although that price point makes the Swedish saloon roughly £3,000 more expensive than the new BMW 3 Series, which went on sale last week, the lofty price tag is partly due to Volvo's decision to introduce the car with one high-spec trim level.

The R-Design version in question comes with lowered suspension and a sporty body kit, as well as 19-inch alloy wheels. Inside, the car gets sculpted seats with part-leather upholstery, black headlining and metal mesh trim on the dashboard.

There's plenty of tech in the cabin, too, with heated seats, a reversing camera and a fighter jet-style head-up display for the driver. A 600-watt Harman Kardon surround sound system is also standard, with multimedia, navigation and entertainment features all controlled from the central touchscreen.

And because it's a Volvo, the S60 comes with a wide range of safety gadgets. There's a monitoring system that tells you when a car is in the blind spot over your shoulder, while another sensor at the back will stop you reversing into things. Then, at the front, there's a system that can take over the acceleration and braking to comply with speed limits and maintain a safe distance to the car in front. The car can also provide assistance with steering to keep itself correctly positioned in its lane.

The sole engine at launch will be the 2-litre T5 petrol, which produces 247 bhp and comes with an eight-speed automatic gearbox as standard. Together, the two conspire to permit a 6.5-second sprint from 0-62 mph, while returning between 35 and 40 mpg when driven less vigorously.

Eventually, the range will be expanded to include a range of engines, as well as further equipment grades both above and below the T5 R-Design offered at launch. Both the Momentum and Inscription versions seen on the V60 are expected to feature, with the Momentum marking the cheapest model in the range.

Jon Wakefield, the managing director of Volvo's passenger car business in the UK, said: "The success of our mid-size vehicles, the multi-award-winning new V60 estate and XC60 SUV, has created an ideal platform on which to introduce the new S60. Focusing on our brand strengths of design, technology and safety, we are confident the S60 has the potential to perform strongly in what is traditionally a very competitive market segment."