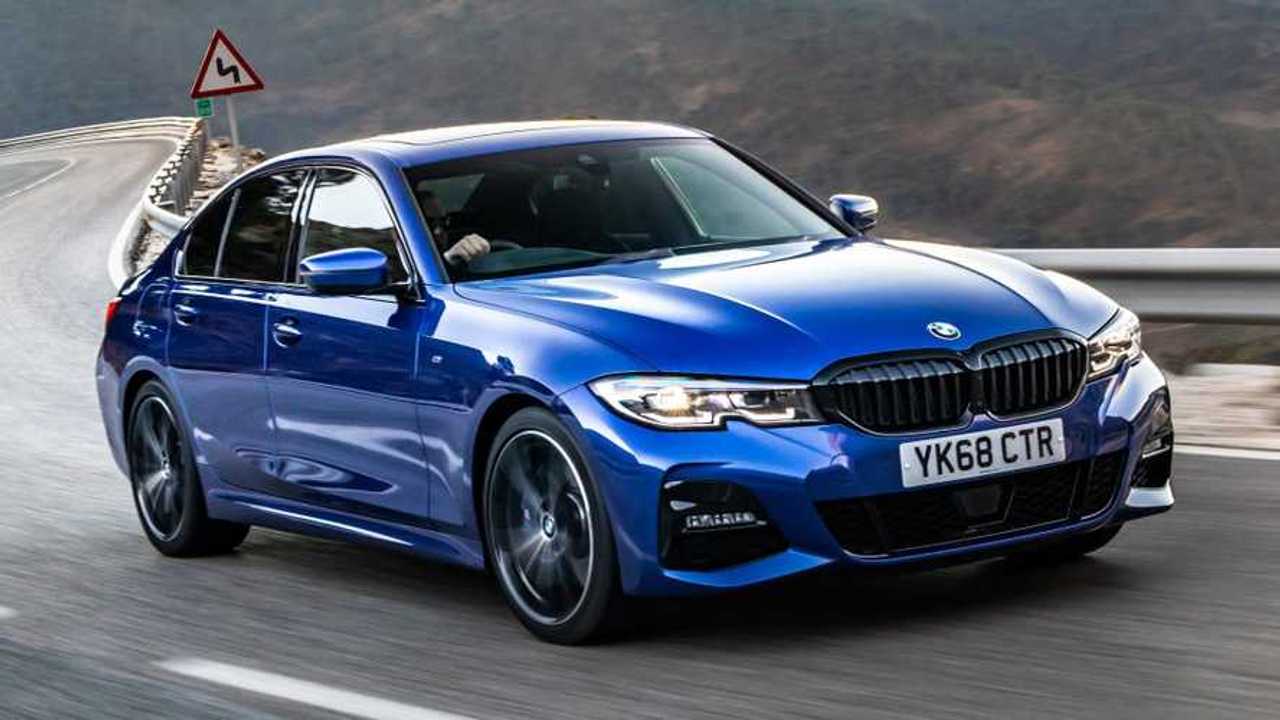 BMW says the new model is the best 3 Series yet.

The new BMW 3 Series executive saloon is now on sale in the UK with the cheapest version coming in at £33,610.

Revealed at the Paris Motor Show last year, the new 3 Series is wading into battle with the recently updated Mercedes-Benz C-Class and the Audi A4. Armed with a fresh look inside and out, not to mention new equipment and engines, the perennial middle-management favourite has been designed to outshine every 3 Series ever made.

More on the new BMW 3 Series:

For customers in the UK, that means every version of the new BMW comes with LED headlights, a reversing camera and three-zone climate control. Satellite navigation is included, too, housed in an 8.8-inch central infotainment screen. Basic SE models also include 17-inch alloy wheels, but unlike any other model in the range, however, the seats come trimmed in fabric upholstery as standard, with leather only available as an option.

For an extra £1,400, though, you can upgrade to the mid-range Sport model. Marked out by the glossy black trim around the windows and grille, as well as the larger 18-inch alloys and leather upholstery. Heating for the front seats is included in the price tag, too, as is the glossy black trim on the dashboard.

But at the top of the range is the M Sport model, which commands a premium of £1,500 over the Sport. That money does buy you a digital instrument cluster, though, and you get a larger central infotainment screen. The BMW M Sport bodykit thrown in, too, along with sportier wheels and a new steering wheel.

At launch, the cheapest engine on offer is the 320d 2-litre diesel unit, which comes as standard with a six-speed manual gearbox but is also available with an eight-speed automatic transmission and four-wheel drive. Producing 188 bhp, the engine will get the 3 Series from 0-62 mph in around seven seconds, and it’ll return between 49.6 and 56.5 mpg, depending on the variant in question.

Further up the range, there is also the option of the 330i model, which comes with an automatic gearbox as standard and serves up 256 bhp and will get to 62 mph in less than six seconds. With that much power and petrol fuel, though, it’s not as efficient as the 320d, returning something in the region of 41 mpg.

Then, in July, BMW will extend the range once more with the arrival of the plug-in hybrid 330e and the high-performance M340i. Pricing has not been announced for either variant, but BMW says the 330e will use a 2-litre petrol engine and an electric motor, which will have a range of around 35 miles before it needs the help of internal combustion.

In contrast, the M340i will use a 3-litre straight-six petrol engine that’s expected to have 335 bhp. BMW hasn’t confirmed the exact figure, but the company does say the car will manage 0-62 mph in just 4.4 seconds.

An even more powerful M3 version is expected to arrive in the coming year or so, although BMW has not confirmed whether or not such a model will make it into production.