Ricciardo to be represented by Ronaldo’s agency 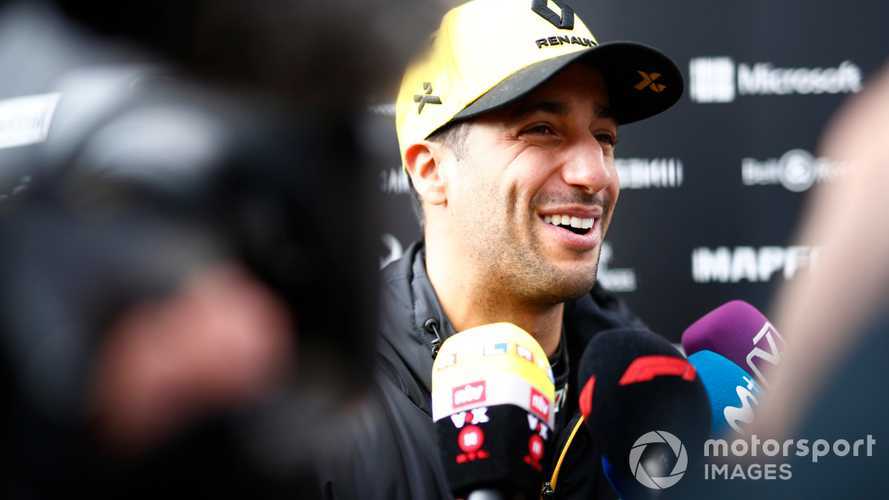 Ricciardo has joined the Renault team from Red Bull after a lengthy decision-making process last year.

The seven-time grand prix winner has not had formal representation before, but did have an advisor during his contract negotiations last season and a prior connection with Australian company The Sports Group regarding commercial activities.

Ahead of the opening race of 2019 season this weekend, his home grand prix in Melbourne, Ricciardo has revealed he has appointed Creative Arts Agency subsidiary CAA Sports to "represent him across all areas of his professional career both on and off the track".

Anticipation builds for Ricciardo with Renault:

A release from CAA Sports says it will use its contacts across "sports, entertainment and pop culture to create new business opportunities for Daniel in the global sports marketplace".

Ricciardo's racing career was steered by long-time backer Red Bull from his early years in car racing through to the end of 2018.

Splitting from Red Bull means Ricciardo has been left completely independent to strike his own deals.

Red Bull gave Ricciardo his F1 shot, first loaning him to HRT and then placing him at Toro Rosso before promoting him to the senior team.

Ricciardo entered discussions with other teams last year as he pursued alternatives to Red Bull for the first time.

Question marks over Red Bull's switch to Honda, unhappiness at how the team was handling his contract renewal and the dynamic with teammate Max Verstappen all cited as part of the reason he ultimately left for Renault.