Hole digging experts are not happy with Top Gear 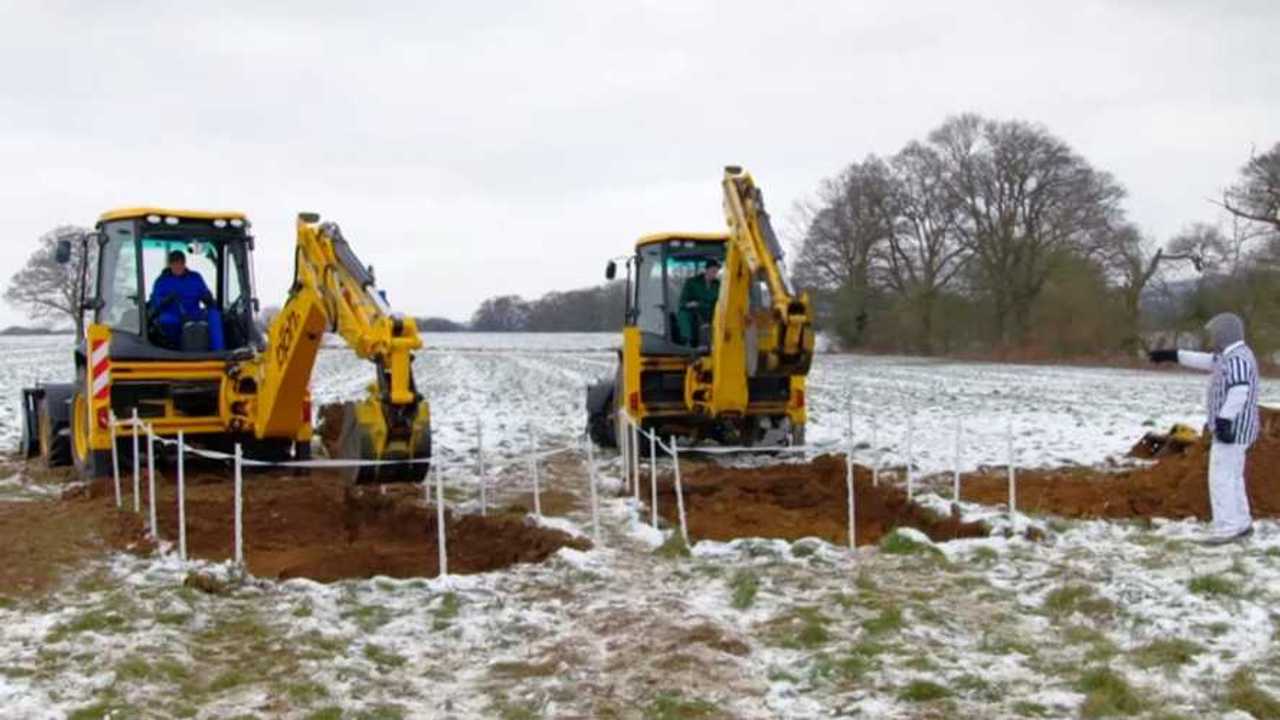 The most over-the-top reaction to the show yet?

Professionals from the construction industry have hit out at Top Gear after a challenge featured on the most recent episode of the long-running BBC show.

Last Sunday host Matt LeBlanc took on One Show presenter Matt Baker in a competition to see who could dig the deepest hole with a JCB in 10 minutes. Agricultural machinery lover LeBanc lost out to Baker, who grew up on a farm, in the entertaining segment, with Chris Harris judging the winner by jumping into each hole to measure their depth.

Entertaining for those of us who aren't experts in digging holes in the ground. For those that do know about moving dirt, the film made for difficult viewing.

"The most dangerous thing I have seen on TV. They have just had a presenter over two metres deep in an unsupported excavation," said Graham Hall, managing director of Fussey Piling, in comments reported by The Construction Index. "Absolutely shocking, who did their risk assessment?"

"I was almost physically sick watching this last night," said Mark Stevens, chartered safety and health practitioner at The Building Safety Group. "In fact I had to turn over straight away I couldn’t watch it anymore."

The comments do, at face value, appear to be a big and somewhat comical overreaction, but Stevens' response in particular went on to put things into perspective.

"I saw a friend die in a trench collapse in Iraq in 2004, Top Gear last night fully reminded me of that horrific day," Stevens said.

The BBC hasn't commented on the reactions yet, but it's worth noting that in the footage broadcast there was no sign of any injury or incident.