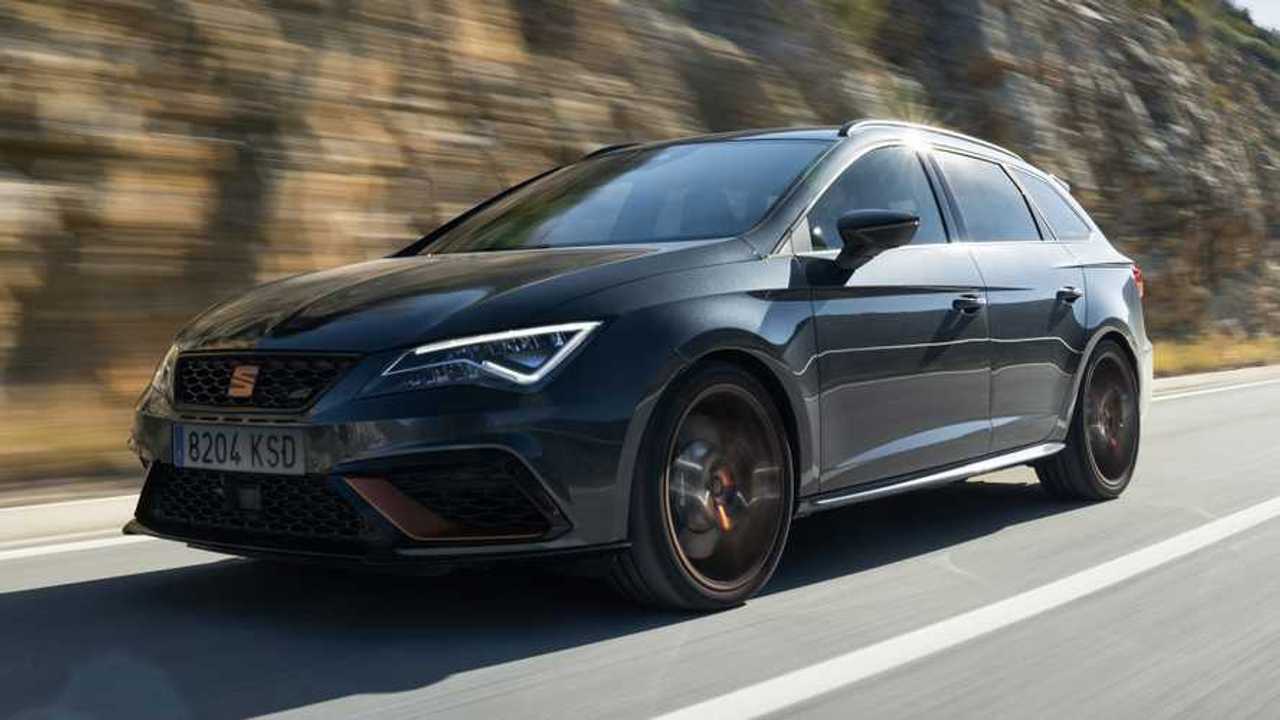 Seat is set to launch its fastest car ever, after the company’s UK arm confirmed the impending arrival of a limited-edition Leon Cupra R ST.

Following on from the Cupra R hatchback, the estate version will be limited to just 150 examples in the UK, each of which will feature styling tweaks and equipment upgrades, as well as the option of an even more powerful engine.

More on the Seat Leon Cupra:

As standard, the Cupra R ST will feature the same 2-litre turbocharged petrol engine found under the bonnet of the normal Cupra ST. Churning out 296 bhp and feeding it to all four wheels via a seven-speed automatic gearbox, the unit takes Seat’s family car from 0-62 mph in 4.9 seconds and on to a top speed of 155 mph.

However, those choosing to spend an extra £500 on the optional tuning package will see that power output rise to a massive 365 bhp - enough to cut the 0-62 mph time by almost half a second. Designed by ABT, the German tuning company that made its name tuning Volkswagen Group products, the upgrade is insurance rated and has no impact on the homologation status of the car.

But regardless of which engine you go for, the Cupra R ST comes with much the same visual additions. There’s copper-coloured trim on the badge, wheels and air vents, while carbon fibre has been used on the front splitter and rear diffuser. Brembo brake callipers and a Cupra exhaust, meanwhile, are slightly more subtle features.

And when you hand over your £37,975 (or £38,475 if you’ve chosen the ABT upgrade), you get a choice of four exterior colours. Magnetic Tech, Midnight Black and Nevada White have all been seen on Seats before, but Blackness Grey is an exclusive option for the vehicle.

Whatever you choose on the outside, though, you’ll get the same cabin. The copper theme continues on the climate control vents, centre console and the Seat badge on the steering wheel, while the doors are finished in fabric with what Seat calls “a carbon-fibre look”. You get swathes of Alcantara on the steering wheel and gear lever, too, in a nod to the car’s performance credentials.

But the Cupra R ST isn’t so much of a racing car that it eschews creature comforts. Keyless entry is standard, along with front and rear parking cameras. There’s also a digital instrument cluster and a range of smartphone connectivity systems, plus a panoramic glass sunroof above the occupants’ heads.

“The Leon Cupra R ST represents our ability to make unique, exciting cars with the most advanced technology ready for the most demanding and diverse of drivers,” said Antonino Labate, director of strategy, business development and operations at Seat’s performance-orientated Cupra sub-brand. “It’s the amalgamation of the brand’s experience in motor racing and the ability of our design and engineering teams to seamlessly mix performance and functionality.”