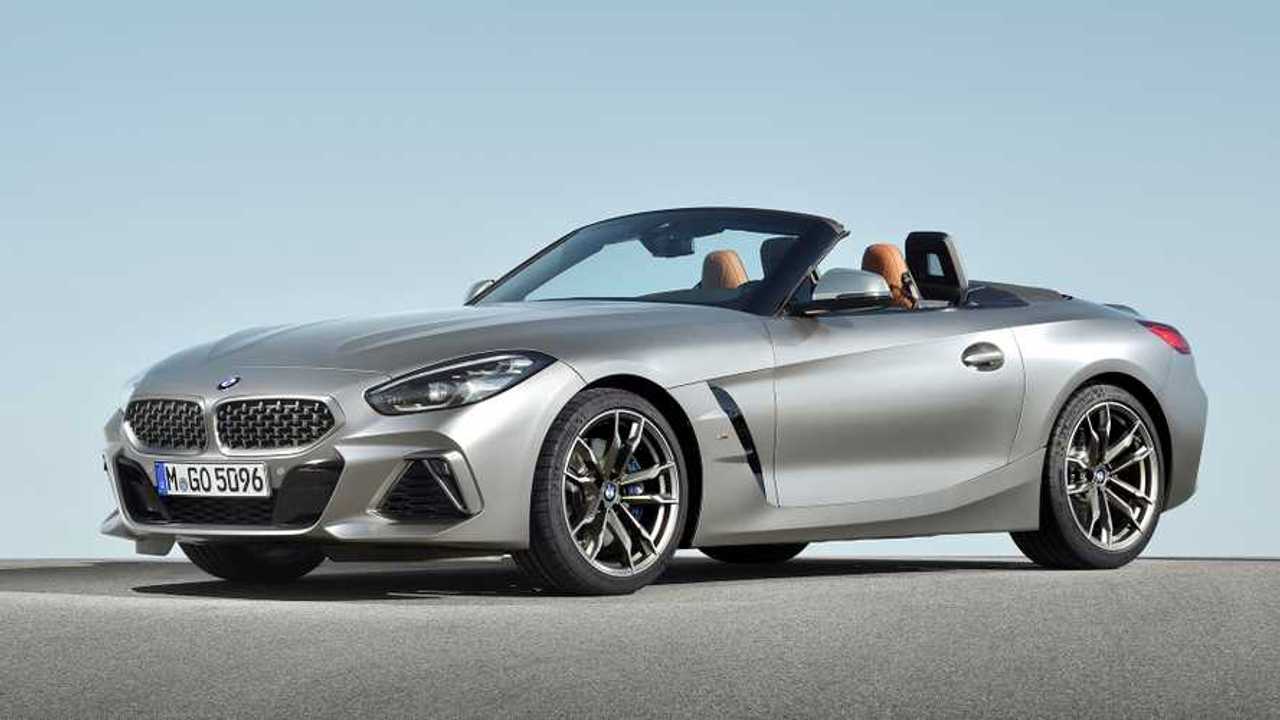 BMW says its latest sports car is more agile and more comfortable than ever.

BMW’s long-awaited third-generation Z4 roadster is now on sale with prices starting from just under £37,000.

More on the new BMW Z4

The convertible sports car is back on sale after a three-year hiatus, and BMW says it retains the “keen driver focus” of its predecessors, as well as pinching a few of their styling cues. The long bonnet remains, while the driver sits low in the cockpit, sheltered from the elements by a soft-top that can be raised or lowered in 10 seconds.

But BMW also says the new car is more agile and more comfortable than its predecessor, with new suspension and a traction control system that varies the amount of torque sent to each rear wheel depending on the situation. And there’s more safety tech, too, including a standard-fit autonomous emergency braking system that can detect pedestrians and vehicles alike, then brake to avoid them if it senses an impending collision.

That isn’t all you get for your £36,990, though. The basic Sport model is set apart by its 18-inch alloy wheels and gloss black trim on the bumpers, while the cabin gets a digital instrument display, a 10.25-inch central infotainment screen and specially sculpted leather seats with heating elements.

Upgrading to the M Sport model, meanwhile, adds a more aggressive air intake on the front bumper and more prominent side skirts, while the cabin is marked out by the M Sport steering wheel. For those extras, you pay a premium of £1,750.

There’s a choice of engines on offer, too. Both the Sport and M Sport models come as standard with the 194 bhp 20i engine. It’s a 2-litre turbocharged petrol unit and it takes the two-seat sports car from 0-62 mph in 6.6 seconds. Officially, though, it will return a little under 40 mpg if you treat it nicely.

For an extra £3,700 you can upgrade to the 255 bhp 30i engine, which is essentially an uprated version of the same 2-litre turbocharged powerplant you find in the 20i model. The added power cuts the 0-62 mph time to 5.4 seconds, but despite the added performance, the fuel economy is unchanged.

If you have £49,050 to spend, however, you can forget about all that and buy the range-topping M40i model. Under the long bonnet hides a 3-litre turbocharged straight-six petrol engine, which produces a massive 335 bhp and blasts you to 62 mph in just 4.5 seconds. And it burns fuel faster, too, achieving around 33 mpg according to the official test.

But the M40i isn’t just an engine. The car comes with a trim level all of its own, featuring larger 19-inch alloy wheels, sportier exhausts and adaptive M Sport suspension. You also get a clever rear differential for your money, not to mention the electrically adjustable seats with memory settings.