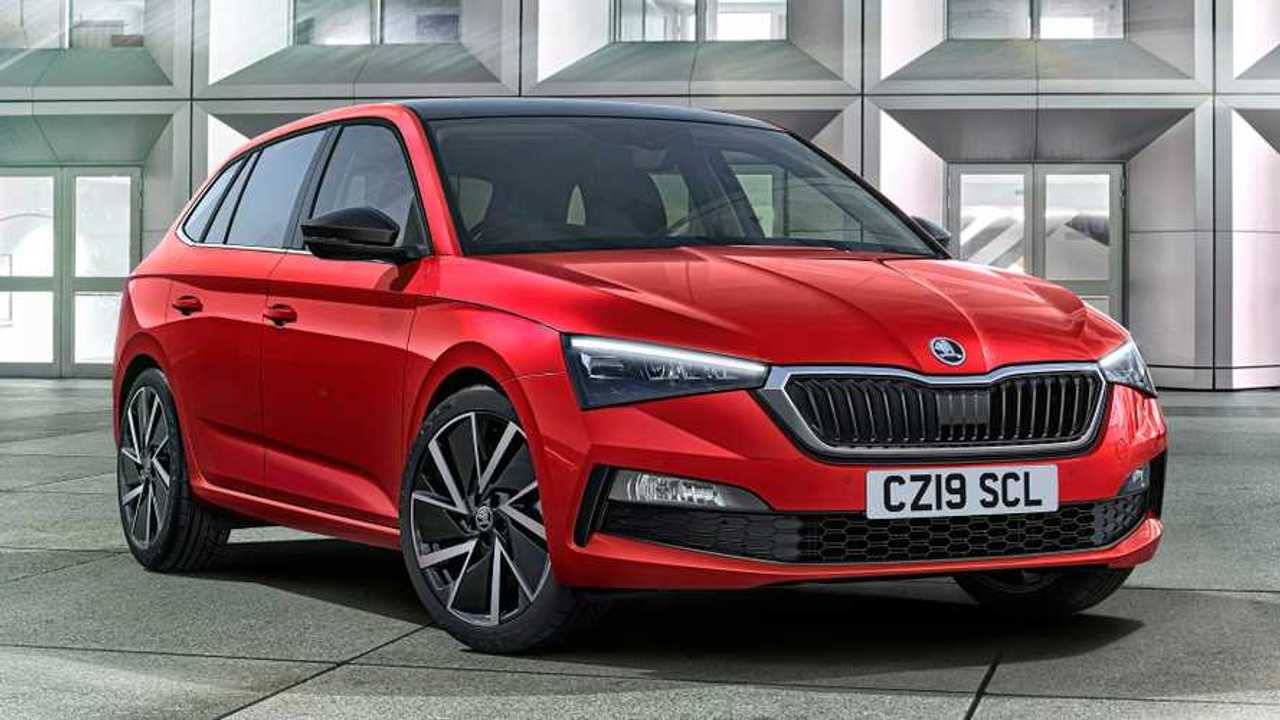 Skoda’s new Scala family hatchback will go on sale in the UK in May, with prices starting from just over £16,500.

Unveiled at the Geneva Motor Show earlier this month, the new model is based on the Volkswagen Group’s MQB A0 platform, which also underpins the Seat Ibiza and Volkswagen Polo. The larger Scala, however, is set to rival the Ford Focus and Volkswagen Golf with what Skoda describes as “exceptional passenger and load space”.

More on the new Skoda Scala:

The £16,595 starting price makes the Skoda around £2,000 cheaper than the Focus and almost £3,000 cheaper than the equivalent Golf, but it still comes with 16-inch alloy wheels, LED headlights and air conditioning as standard. The basic S model gets digital radio, too, along with electric windows and a 6.5-inch infotainment screen on the dashboard. That’s broadly comparable with the entry-level Focus, but a bottom-of-the-range Golf will come with steel wheels and conventional headlights.

Moving up to the mid-range SE version will add a little less than £2,000 to the asking price, but that money buys you cruise control, rear parking sensors and a larger eight-inch touchscreen. You get a height-adjustable passenger seat, too, plus a hidden pocket containing an umbrella.

However, the £20,380 SE-L model is the flagship of the Scala range. Fitted with a 9.2-inch touchscreen, a digital instrument cluster and climate control, Skoda says it has “one of the most comprehensive specification lists in the sector”. That list also includes keyless entry and start, LED rear lights and “microsuede” seat upholstery, plus an upgrade to 17-inch alloy wheels.

Scala customers get a choice of engines, too. The units on offer are all tried and tested VW Group powerplants, having seen service in a host of models. The basic engine is a 1-litre turbocharged petrol motor, which produces 94 bhp, although you can spend a little more to get a 113 bhp version of the same engine. Further up the range, though, there’s a choice of a 1.6-litre, 113 bhp diesel engine or a 1.5-litre, 148 bhp petrol. All four come as standard with manual transmissions, but an optional seven-speed automatic is available for all but the 94 bhp petrol.

The order books for the Scala will open in May, but the first deliveries are not expected until the summer, and those choosing the basic S model will have to wait until late summer for their cars to join the range.