Around six in every 10 young drivers admit to illegally using their mobile phones while driving, according to a study by price comparison site Go Compare.

More on phone use while driving: 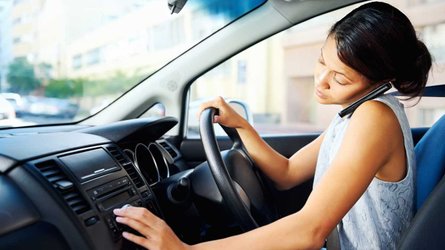 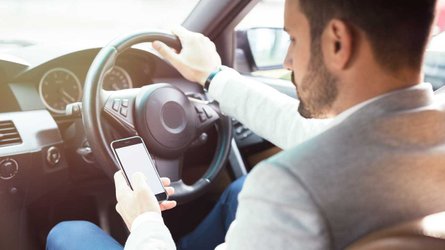 Government figures show reduction in phone use while driving

The survey of more than 2,000 motorists found that more than a shocking 56 percent of drivers aged 18-24 say they use their handheld phones while driving a moving vehicle. And that number rises slightly to 58 percent when the vehicle is stopped in traffic.

In comparison, when motorists of all age groups are taken into account, a still-concerning 25 percent use their phone on the move, while just over a third (34 percent) confess to using their phones while stuck in traffic.

By law, drivers cannot use handheld mobile devices while in control of a vehicle, even if the car is stopped at traffic lights or in queuing traffic. Contravention of the rule carries a penalty of six points on the driver’s licence and a £200 fine.

However, the research showed that drivers were still prepared to flout the rules, with some 18 percent of all motorists admitting to checking messages or emails while behind the wheel. Other popular reasons for using the devices included changing the music or re-programming a navigation app (13 percent) and making phone calls (11 percent).

Matt Oliver, car insurance expert at GoCompare, said the findings were a clear indication drivers’ addiction to their devices.

“Smartphones have become an invaluable part of most people’s lives – helping us to do everything from communicating, paying for goods and helping us find our way around,” he said. “And, as our research shows, some people are so addicted to their phones they’re prepared to break the law.

“But using a hand-held mobile phone is one of the most dangerous distractions for drivers. It removes their attention from the road ahead, slows down reaction times and driving one handed can result in the driver not being fully in control of the vehicle - any of which could have potentially fatal consequences for themselves or other road users.”

Samuel Nahk, a spokesperson for road safety charity Brake, said those who used phones while driving were selfish and could cause serious accidents.

“Mobile phone use behind the wheel, in any form, is illegal and highly dangerous and those who do it are selfishly putting other road users’ lives at risk,” he said. “Anything that distracts a driver’s attention from the road, even for a split second, can lead to devastation.

“Using a phone behind the wheel should be as unacceptable as drink driving, with studies showing that reaction times whilst texting are double those of drink-drivers. This new research makes it clear that mobile phone use behind the wheel is all too prevalent and a crackdown is required to rid our roads of this menace.”