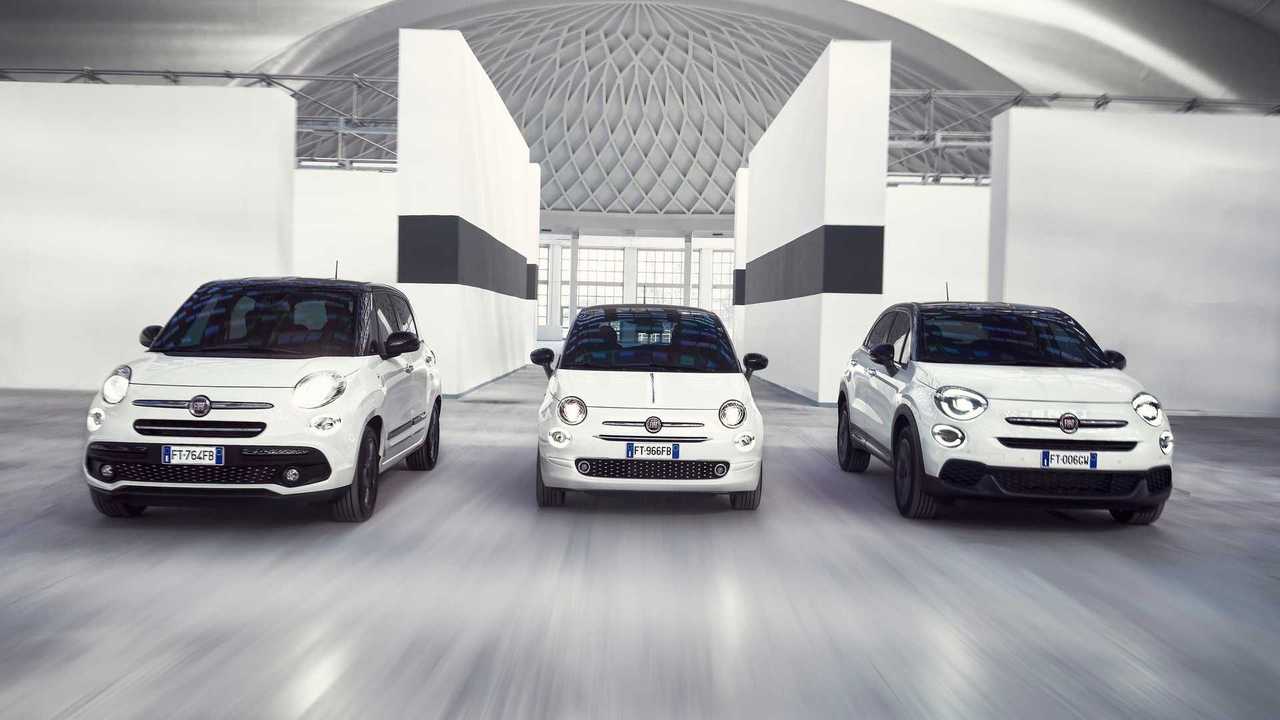 Italian brand is celebrating its birthday with a fleet of special-edition cars.

Fiat’s new 120th anniversary editions of the popular 500 city car and 500X SUV have now gone on sale in the UK.

The Italian manufacturer is celebrating its landmark birthday with a host of special editions for the 500, 500X and 500L, although UK pricing for the 500L people-carrier has not yet been announced. Unveiled at the Geneva Motor Show earlier this month, the newcomers get special badging, a seven-inch touchscreen and optional bi-colour ‘tuxedo’ paintwork.

Sitting at the foot of the ‘120th’ range is the 500, which comes with a 1.2-litre 68 bhp engine and is offered with a choice of manual or automatic transmissions. Prices start at £14,960 - roughly £1,350 more than the mid-range Lounge model on which the car is based - but that premium buys you 16-inch copper-coloured alloy wheels and chrome trim.

Inside, meanwhile, the seats are upholstered in pinstripe cloth embroidered with a ‘500’ logo. Customers get a choice of five colour schemes, with the black-and-white Tuxedo paintwork joined by Tech House Grey, Cortina Grey, Crossover Black and Bossa Nova White.

The larger 500X has also received the ‘120th’ treatment, with 16-inch black alloy wheels, black side mouldings and full LED headlights all included in the £19,495 asking price. The interior features copper-coloured upholstery, while the kit list features automatic lights and wipers, rear parking sensors and cruise control. Air conditioning is standard, too, while buyers also get a key cover that celebrates Fiat’s big birthday.

On the outside, the 500X 120th again gets a choice of Tuxedo paint - the first two-tone option ever offered on the compact SUV - with the black roof available alongside Ice White, Ivory or Argento Grey bodywork. However, those preferring a single-colour approach can opt for Cinema Black, Argento Grey, Ice White or Ivory tri-coat paint.

In addition to the cars, Fiat is also offering anyone who buys a car from the 120th range free access to Apple Music for up to six months. Over the course of the next year, the manufacturer is promising to curate an exclusive playlist, which will feature tracks from “memorable” Fiat advertising campaigns. Dubbed ‘120 Years of Songs’, the playlist will include Pharrell Williams’ ‘Freedom’ and ‘Just One Lifetime’ by Sting & Shaggy.

Both models are on sale now, with customer deliveries expected in due course. However, buyers will have to wait for the 500L 120th anniversary edition. With pricing expected in the near future, that car is expected to arrive a little later in the year.