More than 20,000 people have already made a down payment to claim the electric sports saloon

About three and a half years after unveiling the Mission E concept, Porsche is getting ready to finally introduce the production model. Carrying the “Taycan” moniker, the fully electric saloon will celebrate its world premiere in September as per the attached press release, which leads us to believe we’ll see it at the Frankfurt Motor Show. As for the market launch, Porsche mentions it will have the highly anticipated EV on sale before the end of the year.

Despite not seeing the road-going model yet, more than 20,000 people have already lined up to claim one by placing a down payment (of €2,500 in Europe). To meet strong demand and cut waiting times, Porsche is already taking the necessary measures to boost series production even before actually starting it.

The Porsche EV is coming...

Porsche tells you how to correctly pronounce Taycan, again 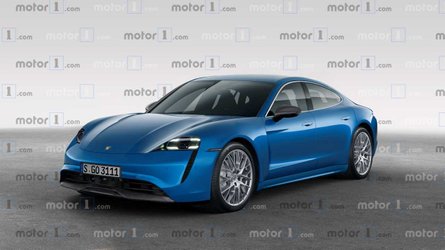 As you may recall, the technical specifications have been pretty much revealed already. Two electric motors will produce a combined output of more than 600 bhp and are going to feed on a battery pack with enough juice for 310+ miles in the NEDC testing cycle. Four minutes is all it will take to recharge the pack to provide a range of 62 miles.

Taking into account it will be a Porsche first and foremost and then an electric vehicle, people will want nothing but the best in terms of performance. Thanks to a massive instant torque, the Taycan will complete the 0-62 mph task in less than three and a half seconds. For the sake of comparison, a Panamera Turbo S E-Hybrid does the run in 3.4 seconds.

Following the launch of the Taycan, Porsche will then gear up to introduce a more practical estate derivative in the shape of the Taycan Cross Turismo. It has already been previewed as a concept and caught on camera as a prototype and will likely be out in production form next year as a 2021MY.

Stuttgart/Geneva. The first purely electrically powered sports car from Porsche, the Taycan, is enjoying significant attention worldwide. The vehicle will not be presented to the public until September and its final design is not yet known; nonetheless, there are more than 20,000 people around the world with serious interest in buying one of their own, as the company has confirmed at the Geneva International Motor Show.
That is the number that has already registered to join a list of prospective buyers – and registration requires a down payment of €2,500 (in Europe).

The Porsche Taycan will have its debut in September, and market launch is scheduled to take place before the end of the year. The vehicle will be able to accelerate from 0 to 100 km/h in considerably less than 3.5 seconds. It will have a range of more than 500 kilometers as measured in accordance with the NEDC. Moreover, it will be possible to add sufficient charge for a range of 100 kilometers in just four minutes (measured in accordance with the NEDC).

“The overwhelming interest in the Taycan shows us that our customers and fans are just as excited about the first Porsche electric athlete as we are – and we’ve therefore increased our production capacities,” confirms Detlev von Platen, Member of the Executive Board for Sales and Marketing at Porsche AG. “The Taycan will be the most sporty and most technically advanced vehicle in its segment – a true Porsche.”