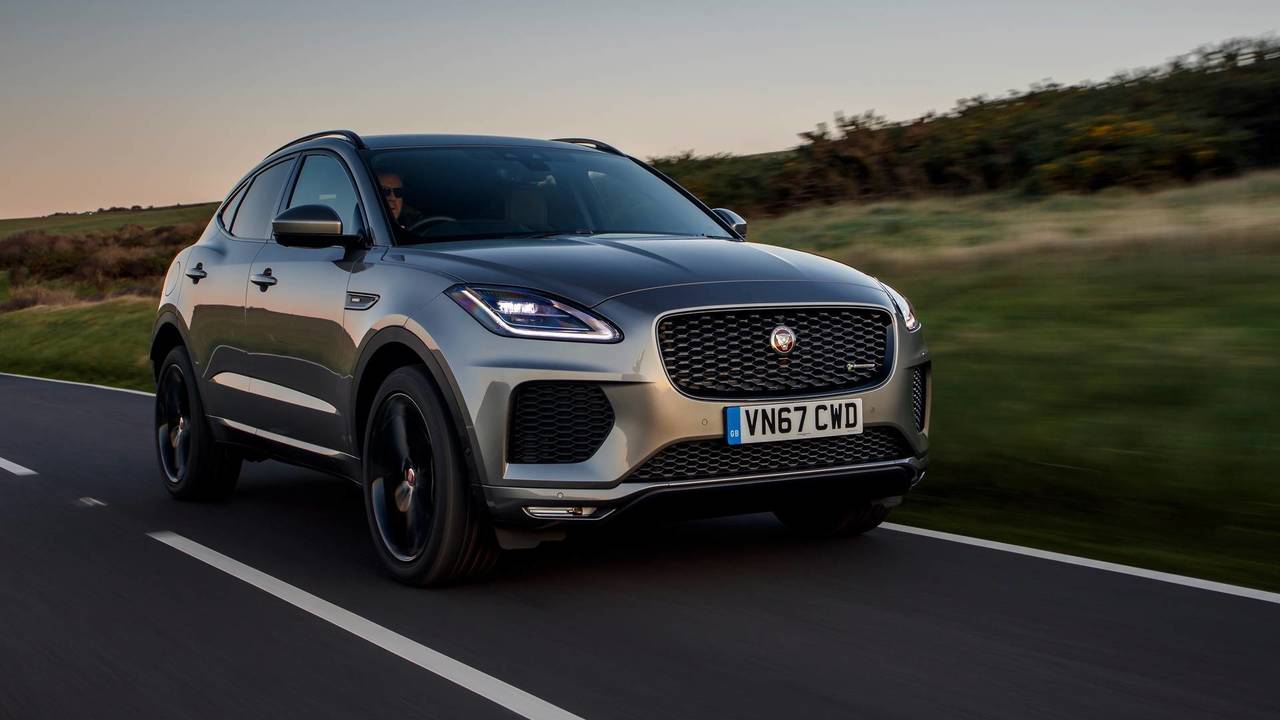 A trio of Jaguar Land Rover’s diesel-powered SUVs have been awarded top marks in a new independent emissions test.

The AIR Index, which was devised to provide consumers with clear, independent data regarding vehicles’ real-world nitrogen oxide (NOx) emissions, gave 2-litre diesel versions of the Land Rover Discovery Sport, Range Rover Evoque and Jaguar E-Pace (top image) an ‘A’ rating. All three vehicles’ emissions were well under the 80-milligrams-per-kilometre limit set out by current legislation, with the E-Pace leading the way.

All three cars were tested with the same 2-litre, 177 bhp diesel engine under the bonnet, but the E-Pace emitted a mere 14 mg of NOx per kilometre travelled - less than a quarter of the legal limit. The Evoque followed closely behind, with emissions of 17 mg/km, while the Discovery Sport (below) achieved a still-creditable 34 mg/km.

The latest Jaguar Land Rover (JLR) models subjected to the test follow in the footsteps of the 3-litre diesel Land Rover Discovery, which was one of the first vehicles tested by the AIR Index. Despite being bigger and heavier than its siblings, the V6-powered Disco also achieved an ‘A’ rating after it was found to emit just 33 mg of NOx per kilometre.

Massimo Fedeli, co-founder and operations director, at Allow Independent Road-testing (AIR) said the test was breaking down misconceptions about certain engines and vehicles.

“The AIR Index provides easy to understand, at-a-glance information on actual vehicle emissions, from independent testing to help consumers compare vehicles when making buying decisions," he said. "The evidence shows that JLR’s latest engines are extremely clean, with all of the four models tested achieving the AIR Index ‘A’ rating, which means that they produce the lowest levels of NOx emissions in urban driving.

“One of the key things to observe from this set of AIR Index ratings is that perceptions of the emissions produced by particular vehicle types can be very misleading. In fact, Jaguar’s E-Pace and Land Rover’s Range Rover Evoque are among the cleanest cars on sale of any type, not just vehicles within the SUV segment. The perfect example is the Land Rover Discovery, which produced NOx emissions 20 times lower than a diesel Renault Clio supermini.”

“The performance of our vehicles on the AIR Index reflects Jaguar Land Rover’s investment in class-leading technology and its hard-working, talented engineers,” he said. “There are some stand-out results here, particularly the superb performance of our new Jaguar and Land Rover SUVs.

“For those drivers doing more than 12,000 miles a year, a modern diesel engine could be the best choice. not only are its NOx (and particulate emissions) comparable to a petrol engine, but economy is 25 percent better and CO2 emissions are 15 percent lower. The modern diesel engine certainly has a place in the current automotive landscape, and I’m confident that the AIR Index will provide the trusted, independent information essential to inform car buyers as they consider their next vehicle.”