One in five drivers has ignored red 'X' signs on motorways 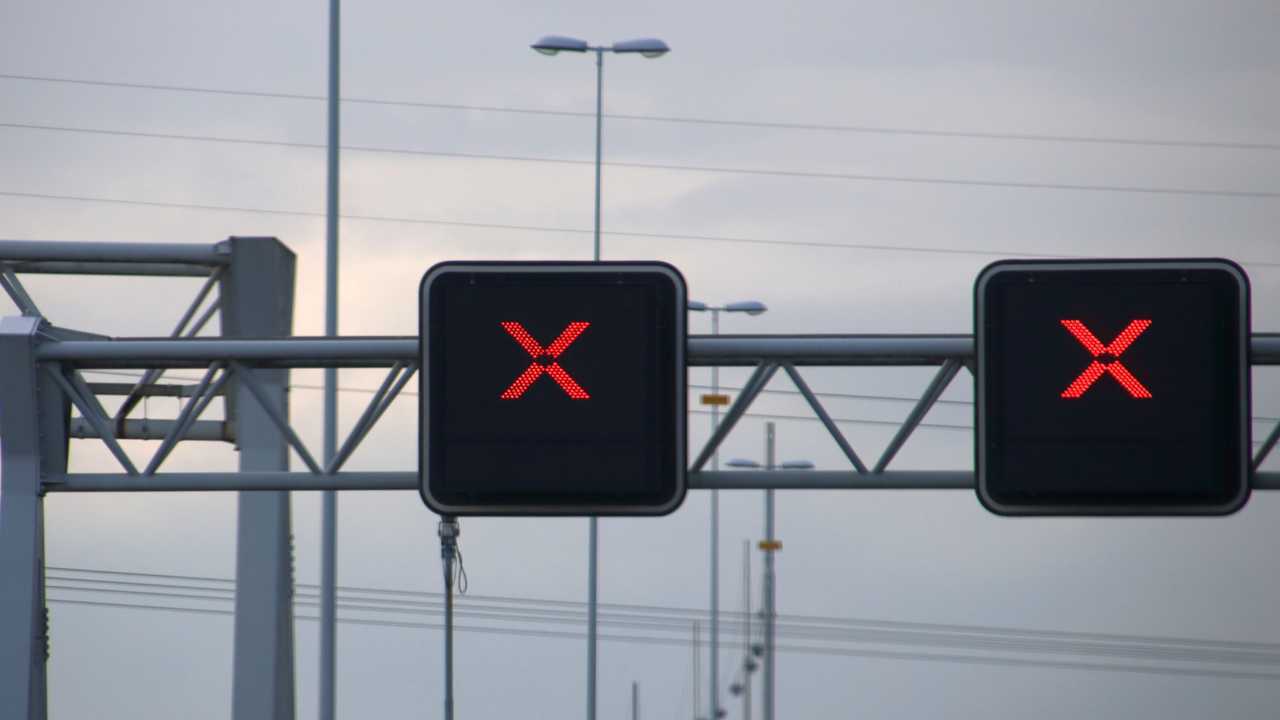 RAC warns that such behaviour could have fatal consequences

One in every five motorists has illegally driven in a closed smart motorway lane over the past year, according to new research.

An RAC survey of almost 2,100 drivers found that 23 percent had used lanes with a red ‘X’ on the overhead gantry, which tells motorists that the lane is closed. The signs are often used on stretches of motorway with ‘all-lane running’, where the hard shoulder can be used as a driving lane, and could be used when there is an obstruction, such as a broken-down vehicle.

The vast majority of those who had driven in closed lanes said they had done so “accidentally”, with just three percent of respondents saying they used closed lanes on purpose. And encouragingly, 99 percent of those quizzed said they knew the red ‘X’ sign marked out a closed lane.

Of more concern, though, is that although 87 percent said they would leave a closed lane as soon as possible, 13 percent of drivers said they might pass a couple of signs before doing so. And motorists seem to think the problem is even more widespread than offenders care to admit, with 48 percent of drivers saying they “frequently” see red ‘X’ signs disobeyed.

The RAC says those who ignore the signs are potentially endangering their own lives, as well as those of other road users.

Highways England has been trying to improve compliance rates since 2016, and the organisation, which is responsible for running England’s motorways and major A-roads, has sent more than 160,000 warning letters to drivers who have either ignored a red ‘X’ or used the hard shoulder as a lane when it was not in use.

And in 2017, the government amended the Road Traffic Offenders Act to enable offenders to be captured on automated cameras. However, the legislation has to be completed before the authorities can use the technology for enforcement.

The RAC’s spokesperson, Simon Williams, said the consequences of failing to comply with red ‘X’ signs could be catastrophic.

“Smart motorways are now very much part of the fabric of England’s motorway network and will become even more commonplace in years to come with more being opened all the time,” he said. “Red X signs, which denote when lanes are closed, are paramount in safety terms as any stricken driver who has not managed to reach an SOS area is at tremendous risk of being involved in a collision with vehicles that ignore them.

“It is also extremely dangerous if road workers or emergency service staff are attending to incident in the road. Our research found drivers understand very clearly what red Xs mean, yet worryingly far too many appear to have driven under one, dramatically putting themselves at risk of encountering a stationary vehicle or a worker in their path, and all the horrific consequences that could have.

“Highways England has been working hard to get the message across to drivers that they should not drive in lanes closed by red Xs, but there is still some way to go to ensure near total compliance.”