MG is launching an electric car later this year 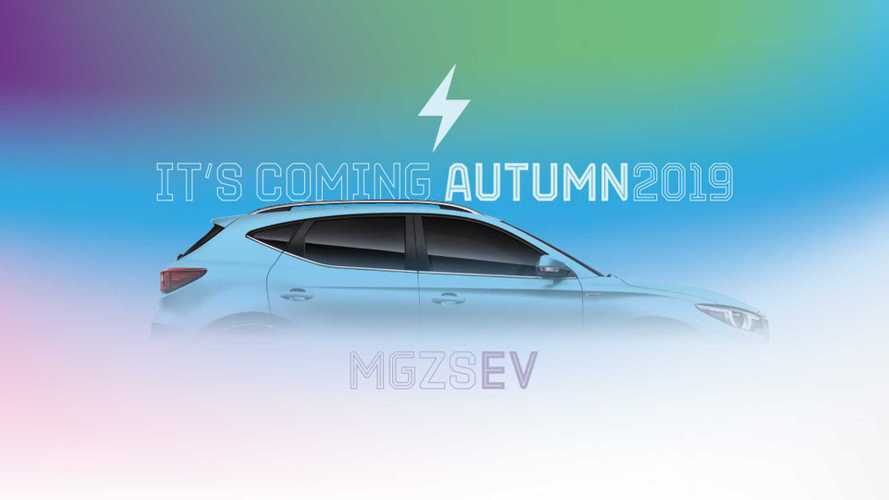 It will be based on the ZS SUV.

The Chinese-owned brand's maiden electric offering, the MG ZS EV, is based on the company's ZS SUV and will go on sale this autumn.

The standard ZS, available only as a petrol model right now, has room for five people, and is priced from just £12,495. That price includes plenty of standard equipment and a competitive seven-year warranty.

"With the launch of our MG ZS electric SUV we’re delighted to be entering the electric car market at such an exciting time," said Daniel Gregorious, Head of Sales & Marketing at MG. "With all the practicality and versatility of a compact SUV, a full-sized boot and room for five, ZS means electric without compromise. With MG’s trademark value-for-money approach, we’re confident that we can help more and more new car buyers to go electric".

The original ZS underwent MG's most intensive testing programme to date, completing over one million hours and three million miles of strenuous structural integrity testing and has since been subjected to additional UK and European assessment.

It was put through the largest cold weather test ever conducted by the MG team in its three-model history, with nine vehicles in temperatures of -35ºC in Sweden. It was also tested in the warmer climates of Spain at 42ºC. High speed and high altitude tests were also conducted to ensure the car was ready to go on sale.

Water spray tests, river fording and hill climbing were also conducted at the Mira Horiba facility in Warwickshire, an extensive test track that simulates the whole range of driving conditions that motorists might encounter and is used by many of the major car manufacturers when proofing their new cars before they are finally signed off.

Take a look at this electric MG: