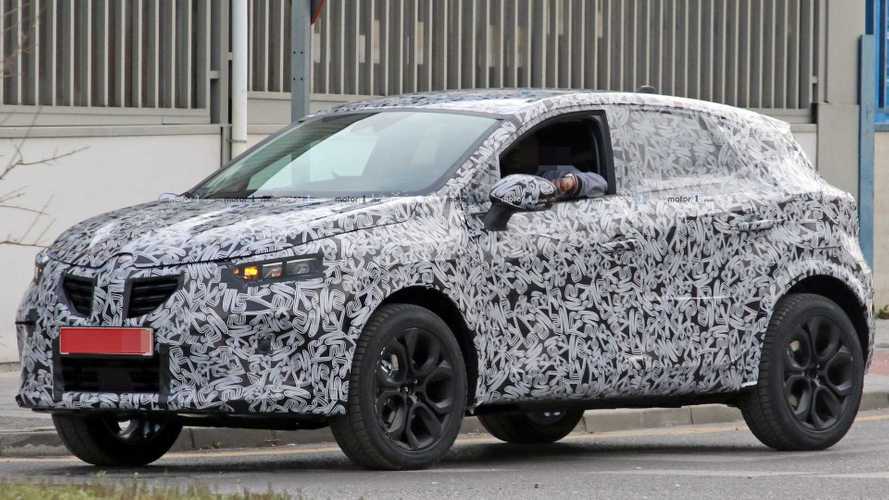 Despite the camouflage, it's already looking quite stylish.

Having seen the all-new Renault Clio at the 2019 Geneva Motor Show, we have high expectations from the next-gen Captur considering it will essentially be a crossover version of the supermini. The outgoing model is already one of the better-looking models in the supermini class in our books, but its successor will take things to a whole new level inside and out considering the upscale look of the Clio V (pictured below).

What we have here is not just a simple prototype of the Captur II, but a test vehicle carrying the full production body and the final lights. The dual fuel caps reveal the small crossover had a plug-in hybrid powertrain, with one of the caps hiding the charging port for the battery pack. The PHEV system in question is obviously related to the new hybrid E-Tech setup revealed this week for the electrified Clio.

It consists of a bespoke naturally aspirated 1.6-litre petrol engine with 89 bhp accompanied by an electric motor rated at 40 bhp, a seven-speed dual-clutch automatic gearbox, and a small 1.2-kWh battery pack. In the case of the Clio, the non-plug-in hybrid setup enables the B-segment hatchback to be driven in pure electric mode for up to 80 percent of the time and to slash fuel consumption by as much as 40 percent compared to a regular car of the same size driven in town.

It is believed the Captur PHEV will adopt a bigger battery compared to the Clio hybrid, rumoured to have a capacity of 9.8 kWh to enable an electric range of 25 to 30 miles. Much like it will be the case with the subcompact hatch when it will receive the E-Tech powertrain in 2020, the electrified setup for the Captur will likely start the vehicle in pure electric mode.

Expect Renault to have the revamped Captur on sale at some point in 2020.

The Captur II is coming...