The special Veyron pays tribute to Ettore Bugatti's brother, who had a passion for art.

The last time we checked in with Manny Khoshbin, he was showing us around his collection of Mercedes-Benz SLR McLarens. Now, he's added something new to his fleet, and he's eager to show it off: a Bugatti Veyron.

This isn't just any Veyron, though: it's a Bugatti Veyron Grand Sport Roadster Vitesse Rembrandt. Now that's a mouthful.While the Veyron may be old news to some compared to the Chiron, special editions like these still capture our eyes – as well as Manny's, apparently.

Rembrandt was a sculptor, and liked to work in the medium of bronze. Appropriately, the car that bears his name is finished in bronze-coloured bare carbon fibre, with caramel-coloured accents and interior. We love the deep, earthy colours of this car, although we must admit they remind us a bit of early C4 Corvettes with the two-tone paint option (sorry, Manny).

In between the seats is a relief of one of his elephant sculptures, which Ettore Bugatti used, in smaller form, as the bonnet ornament for his Royale. The earthy shade of brown is doubly appropriate, as Rembrandt Bugatti loved nature, with animals as some of his favourite sculptures.

Towards the end of the video, Manny, with driving gloves and a straw hat, takes his special Veyron for a spin, lighting up a cigar with a Bugatti lighter. This part made us cringe – not because he was smoking in his car, but because the fuel in the lighter could affect the taste of the tobacco in his cigar. Maybe, if Manny gives us a ride, we'll be able to show him to light a cigar the right way. 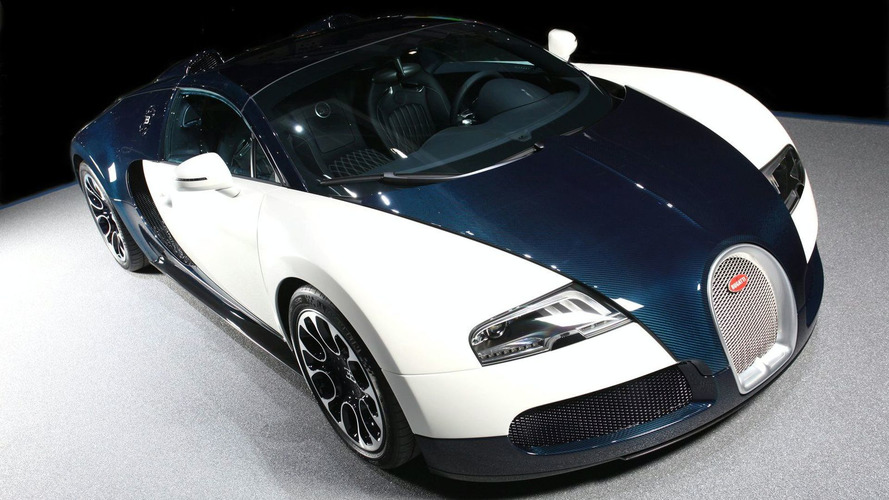