The 4.59-meter-long compact SUV is scheduled to go into production by the end of 2020.

About a year ago, Audi's first series production electric car – the Audi e-tron – made its debut. Now, the Ingolstadt manufacturer has shown its second electric SUV at the Geneva Motor Show, which is the Q4 e-tron compact SUV.

Two electric motors in the Q4 e-tron Concept give it 306 bhp at all four wheels. This, helps the car sprint to 62 mph in 6.3 seconds and onto an electronically limited top speed of 112 mph. The battery is located between the axles in the underbody area. Its 82 kWh are enough for about 280 miles according to WLTP standard. The basis for the Q4 e-tron concept is the modular electrification kit (MEB).

More on the Q4 e-tron 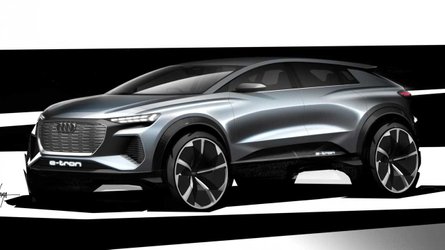 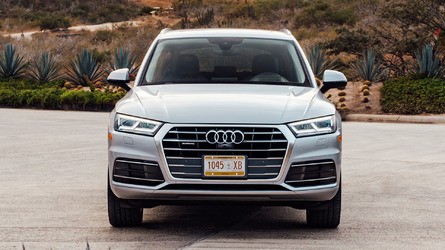 In the Q4 e-tron concept, each electric motor drives the front and rear axles. There is no mechanical connection between the axles, but an electronic control system coordinates the four-wheel drive.

To achieve the highest efficiency, the car mainly uses its rear electric motor. If the driver demands more power than can be provided, the front electric motor is added. The rear motor has 204 bhp and 229 lb-ft of torque while the front motor supplies 102 bhp and 111 lb-ft.

The Q4 e-tron Concept gives an look at one of five electric production vehicles which the manufacturer will present until the end of 2020. The sale of the Audi e-tron has already begun and first deliveries to customers will be made in March 2019.

Also in 2019 will be the presentation of the Audi e-tron Sportback, and in China the Audi Q2L e-tron will be specially designed for that market. For the second half of 2020, the presentation of the production version of the four-door Audi e-tron GT high-performance coupé is planned. And at the same time, the series debut of the compact Audi Q4 e-tron is scheduled to take place. Just two years after the launch of the first e-car, this offer covers all important electric vehicle market segments from the compact to the luxury class.

At 4.59 meters long, 1.90 meters wide and 1.61 meters high, the Q4 e-tron concept positions itself with its dimensions in the upper third of the compact class. In addition, since there is no transmission tunnel restricting the space available, the newcomer should offer plenty of legroom, both front and rear.

Inside, the flooring is made from recycled materials. The varnished, frosted Plexiglass on the applications provides an intensive depth effect. Four seats with integrated headrests are covered with Alcantara, double seams made of thick yarn fix the upholstery stitching, and behind the steering wheel is the display of the Virtual Cockpit.

New is the large-format head-up display with augmented reality function. It reflects, for example, turn-off arrows directly into the road. On the steering wheel spokes, touch panels are used to select frequently used functions. In the centre of the cockpit is a 12.3-inch touchscreen for infotainment. Likewise, as a cover of the front console area there is a horizontal area in which the dial button for the driving mode is integrated.
Audi Q4 e-tron concept 2019.

At the rear of the Audi Q4 e-tron concept is a wide light band that connects the two light units and therefore also cites an element of the Audi e-tron. This also applies to the lights whose LED segments are just as swept as their big brother.

The paint of the body should have an iridescent effect depending on the light blue colour. The colour developed especially for the concept is intended to reflect heat radiation, which reduces the energy consumption for the air conditioning system.