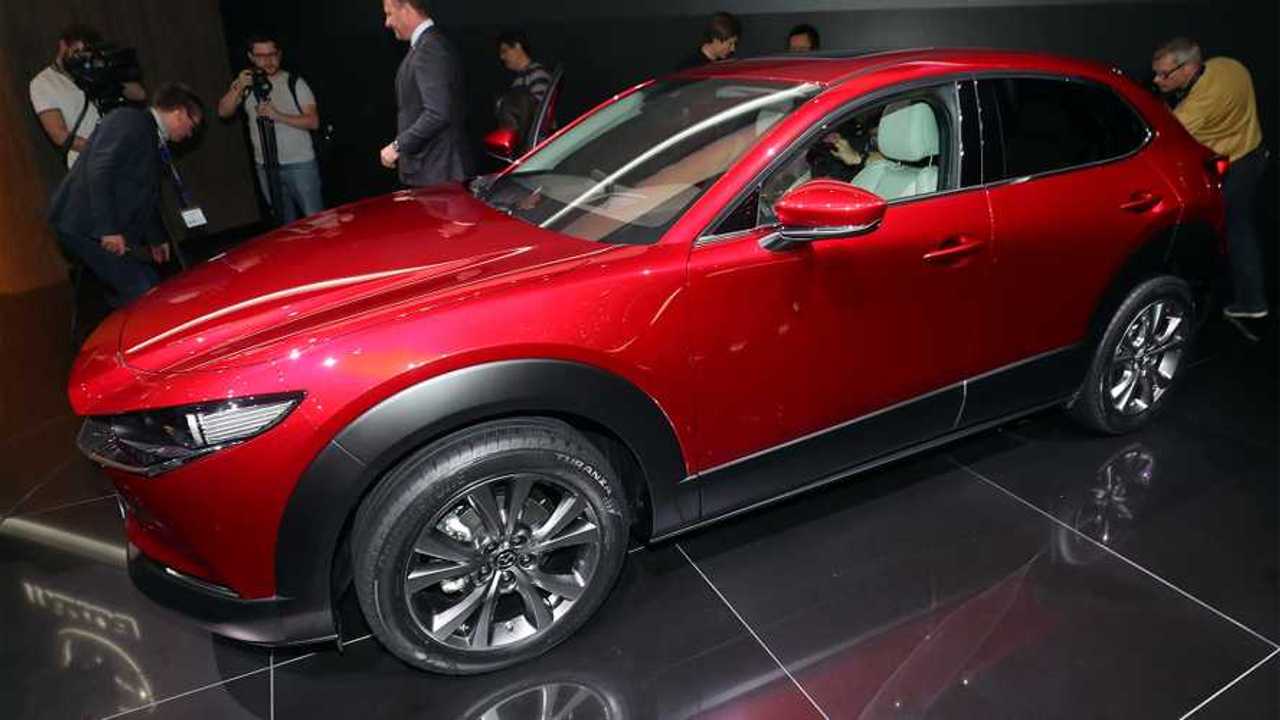 When Mazda released the first teaser image of a new compact crossover exactly a month ago, we thought the Japanese company is going to introduce a new generation CX-3 in Geneva. Fast forward to present day, the brand is unveiling its new model near Lake Geneva – and it is neither а new CX-3, nor a European version of the CX-4.

Instead, Mazda is debuting a brand new global crossover. The CX-30 is a production high-riding vehicle positioned between the CX-3 and CX-5 in the marque’s crossover/SUV lineup. It features somewhat more restrained looks than its CX brothers with a more conservative approach to the Kodo design language. The proportions are balanced and the machine appears to be slightly less aggressive than the CX-5 but, dare we say, that’s good.

The CX-30 rides on an evolution of Mazda’s Skyactiv-Vehicle Architecture which is shared with the new Mazda3. It is 4,395 mm long, 1,795 wide, and has a wheelbase of 2,655 mm, which makes it significantly longer and slightly wider than the CX-3. Mazda is not saying what’s the vehicle’s weight but we suppose it’s going to be a bit higher than the CX-3’s 1,339 kilograms.

The engine range of the model consists of Euro 6d-TEMP petrol and diesel engines mated to either a six-speed manual or a six-speed automatic gearbox. All petrol units come with Mazda’s M Hybrid mild-hybrid system for improved efficiency. The tech combines an ICE with an electric motor and a 24-volt lithium-ion battery.

Mazda has big ambitions for the future:

Mazda trademarks MX-6, but will it use it?

The CX-30 is also receiving Mazda’s latest Skyactiv-X engine which uses a unique combustion method that, on paper, combines the advantages of a petrol and a diesel engine. The manufacturer is not disclosing performance numbers for the unit, but if the new Mazda3 for Europe is anything to go by, you should expect the peak output to be about 178 bhp and 164 pound-feet of torque.

Power from the internal combustion engine is channelled to all four wheels through the company’s i-Activ AWD system with GVC Plus which intuitively controls the torque distribution between the front and rear wheels. Mazda says it delivers better grip under all driving conditions without affecting the fuel efficiency.

The "second new generation model" from Mazda is slated to arrive in UK showrooms later this year.